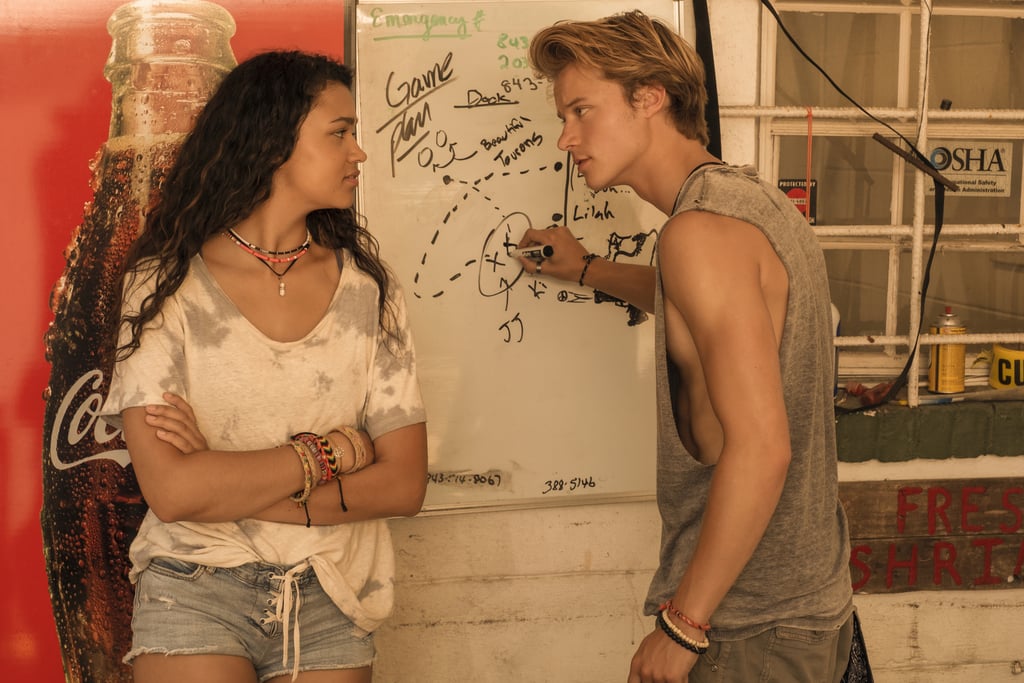 OK, OK, I know this might be a bit of a jump, but, have you seen the way Kiara (Madison Bailey) and JJ (Rudy Pankow) look at each other? Not to mention, in episode 3, after John B. and Kiara kissed, the two go surfing together. While paddling in the water, Kiara asks John B., "Did you tell JJ?" He responds, "Why do you ask?" All Kiara says back is, "Just wondering." And even though Pope (Jonathan Daviss) and Kiara share a steamy kiss in the finale, Kiara shuts down Pope multiple times. Could this be because she has underlying feelings for JJ?

Of course, we already know JJ is into Kie. In episode 1, JJ says, "Dude of course I'm hitting on her. She's a super-hot, rich hippy chick, slumming it with us." Sounds like a little bit of a love triangle if you ask me.

When asked during an interview with Entertainment Weekly, whether or not Rudy Pankow, who plays JJ, wanted JJ and Kiara to be more than friends, he replied, "Whatever the writers write, I'm like, always down for JJ and Kiara, that deserves attention later on, but like, I don't know if it's season two. It'd just be a little fast turnaround with all the characters."