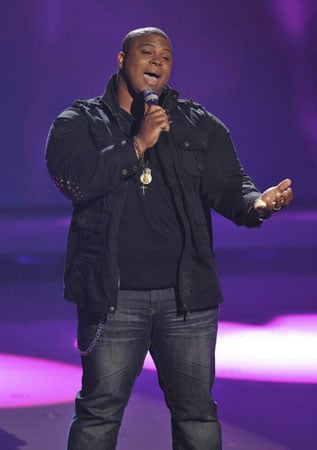 Song: "It Only Hurts When I'm Breathing"

Thoughts: Michael was fine, but his rendition on Shania sounded a bit too much like an easy listening radio station for my taste. Randy said he was in the zone, Ellen called it beautiful, and Simon described it as a little girly.

HBO
Fleabag Fans, Get Ready — Phoebe Waller-Bridge's HBO Series Is About to Be Your New Obsession
by Chanel Vargas 8 hours ago

Parks and Recreation
To Girlfriends! The Women of Parks and Rec Reunite For a Sweet Galentine's Day Photo
by Brea Cubit 2 days ago