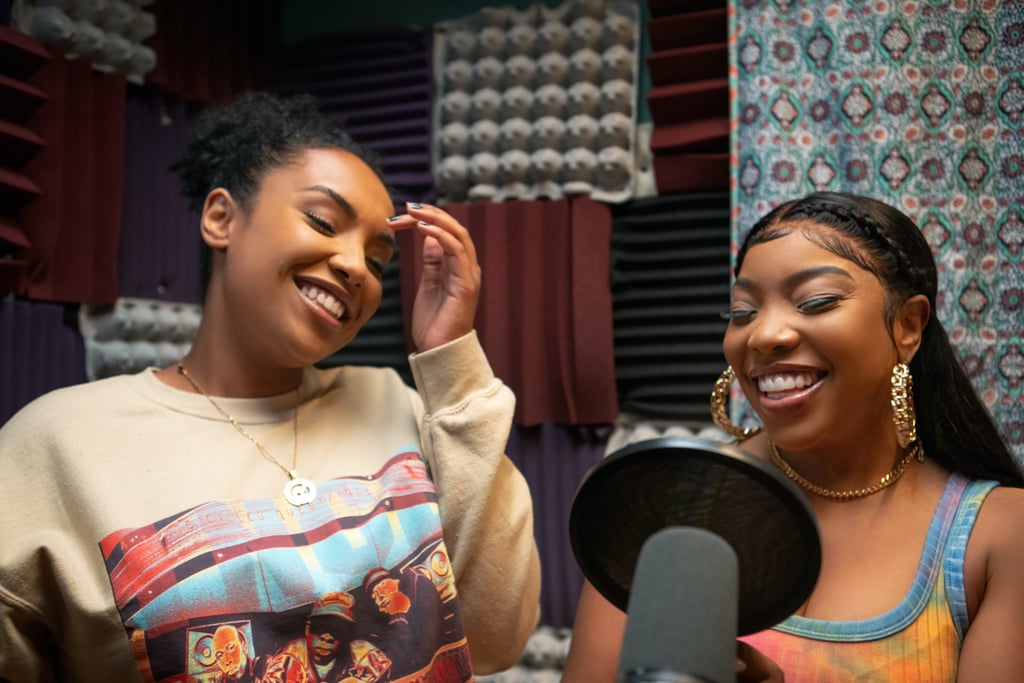 At last, we're getting a closer look at Issa Rae's next big TV creation, "Rap Sh!t." Taking viewers down to the 305, the HBO Max series follows two estranged high school friends, Shawna (Aida Osman) and Mia (KaMillion), who come up with the idea of starting their own rap group.

HBO Max released "Rap Sh!t"'s first teaser trailer on June 13 and the full trailer followed on July 5, showing the up-and-coming the duo's journey to becoming hip-hop stars in their hometown. "We got the opportunity to have a good time and win," KaMillion's Mia says in the one-minute clip. "We in the middle of a bad-b*tch renaissance."

The team behind "Rap Sh!t" is as star-studded as it gets. Created by Rae, the series includes Yung Miami and JT of City Girls as executive producers, along with Kevin "Coach K" Lee and Pierre "P" Thomas from Quality Control films. "Insecure" writer alum Syreeta Singleton serves as showrunner.

Set to debut in July, "Rap Sh!t" follows the immense success of HBO's "Insecure," which concluded its five-season run in December. Since then, fans of Rae's work have been wondering how she plans to continue her TV legacy. During an interview with Harper's Bazaar in May, Rae talked about her sophomore offering and how it stems from an original "Insecure" script.

Rae's secret love for rap was one of the highlights of her first HBO series, and "Rap Sh!t" expands on that appreciation — on a much bigger scale. "It feels like we're in an era where there's such a supportive environment now because of that abundance," she said of the show's focus on female rappers. "All of that, combined with just my own story of coming up, became the next story that I wanted to tell."

During her July 18 appearance on "Late Night With Seth Meyers," Rae spoke about "Rap Sh!t"'s musical influences in more detail, revealing that some of her favorite rappers worked on the show. "We got to employ some of my favorite rap artists, like PineappleCITI, NCognita, Dreezy, and they wrote lyrics for the characters," she said. Rae also shared that "Rap Sh!t" created camps to make music for the series as well.

Ahead, find out everything we know about "Rap Sh!t" ahead of its premiere, including the full cast, plot, trailer, and release date.

Related:
Issa Rae Is Booked and Busy! See What's Next For Her After Insecure
Previous Next Start Slideshow
Issa RaeTVCelebrity QuotesStreamingRap Sh!tHBO MaxTrailers