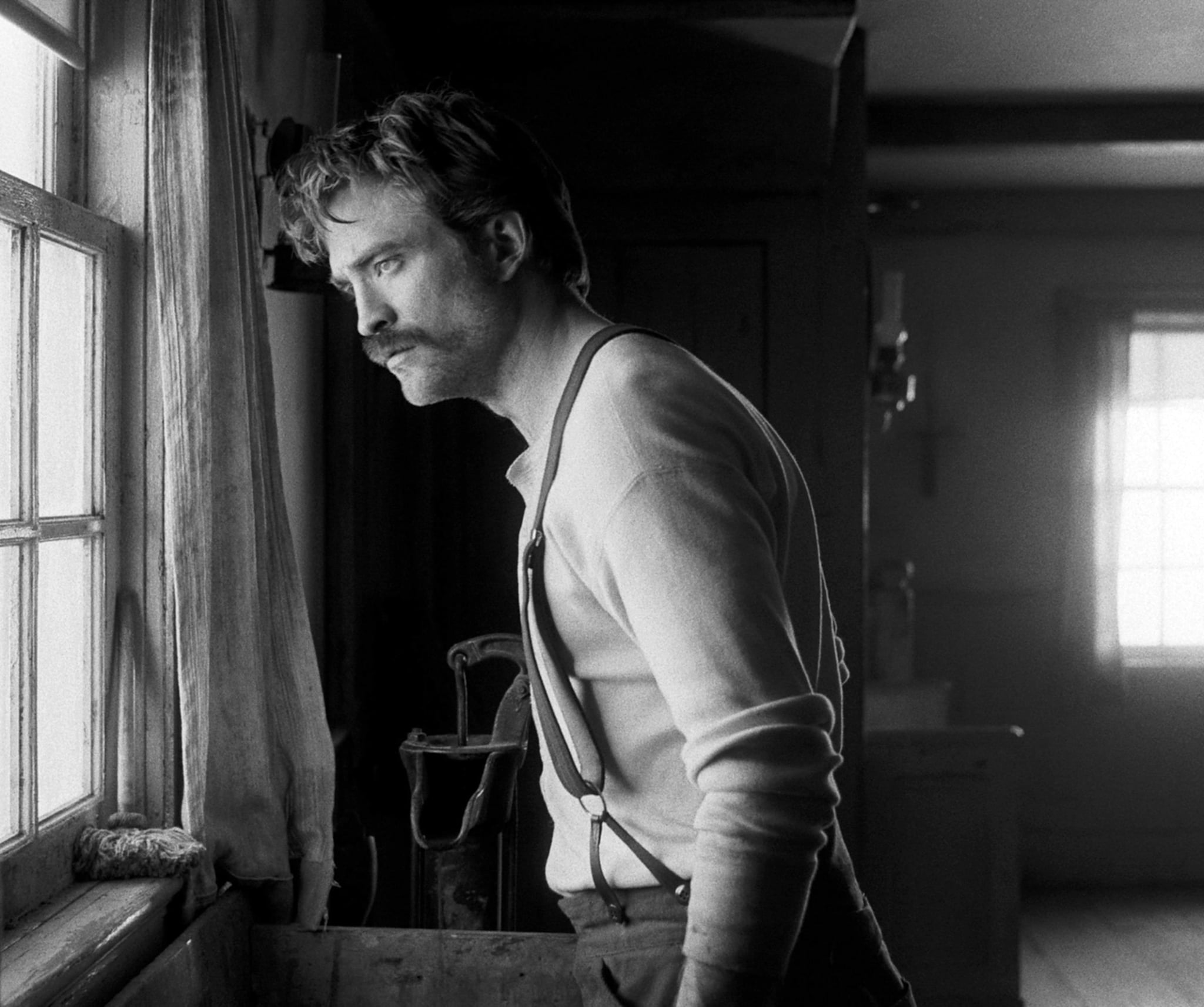 Yes, Pattinson's character, Ephraim, finds himself aroused by a carved mermaid figurine, which prompts his trip to the shed. The 33-year-old star of The Batman spoke more about this during an interview with The New York Times, revealing that the scene in question actually happened on his first day on set. Way to make an entrance, right?

And he wasn't done! He also explained how deeply he committed to the scene:

"I want to do it different every time, and if you rehearse it 30 times, you have to think of 30 different ways to do it — even if the first way is probably the best way. I just hate it when I do a second take exactly the same as the first take. They might as well fire me . . . It's just boring! I mean, I've definitely seen actors who love rehearsing and are very good, so there's got to be some benefit to it. But there's something about that full commitment when you're shooting, when it's do or die, that allows you to be more free. Or maybe I'm just lazy and I can't be bothered to do it until the day we shoot!"

"I do find it quite entertaining," Patttinson says, chuckling. "It definitely gets people talking about the film." He pauses, considering. "I don't know if it gets people to actually see the film." He bursts out laughing at the thought. "The other day, I was saying to A24, 'I'm not sure how successful I am at doing this promotional stuff.'"

I for one think Pattinson is very successful at doing this promotional stuff. Long may The Lighthouse's press tour reign.