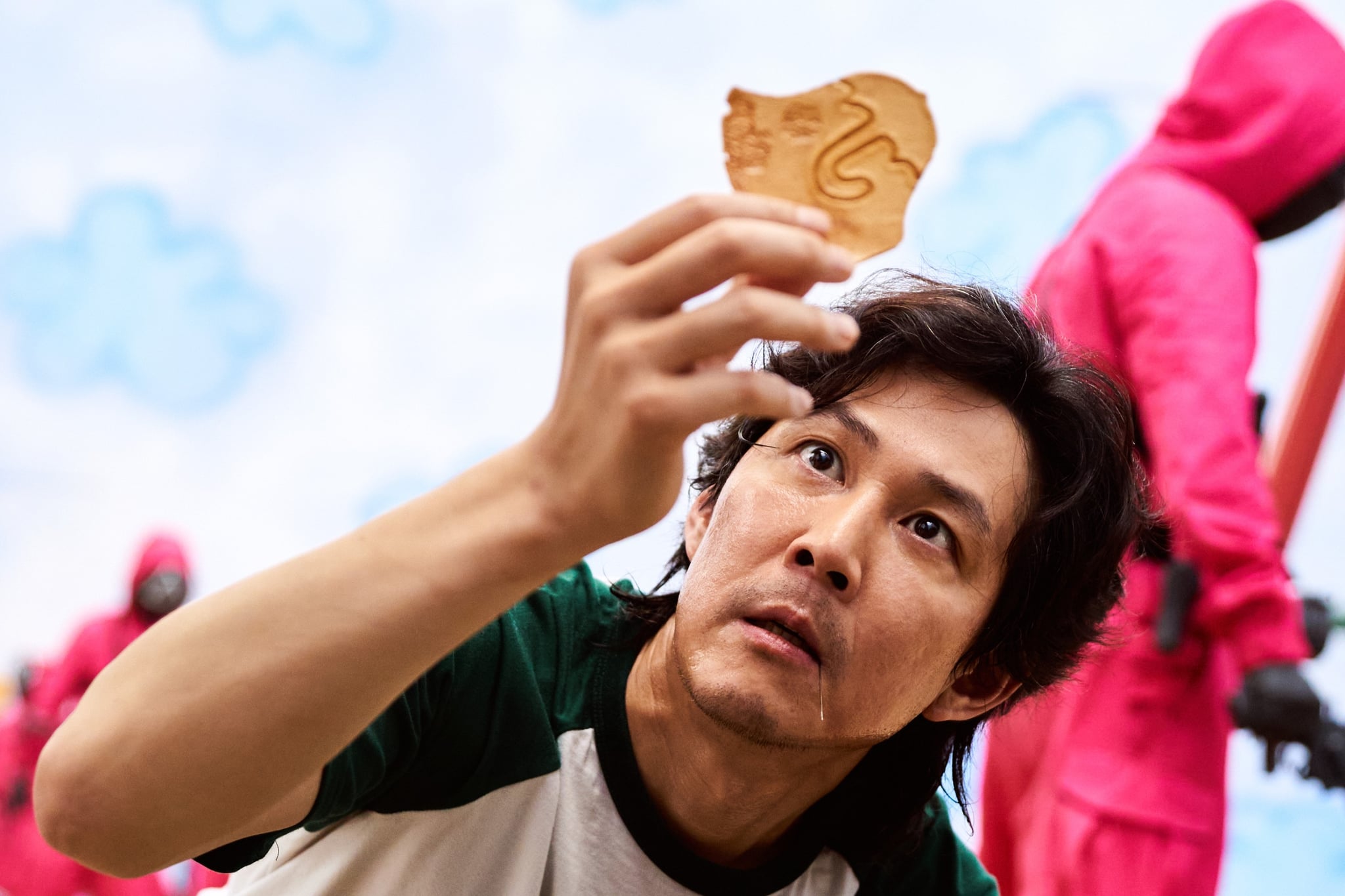 This is not a game; a second season of Netflix's hit series Squid Game is officially happening! The show's creator, Hwang Dong-hyuk, confirmed the exciting news during a Nov. 9 interview with The Associated Press. "There's been so much pressure, so much demand, and so much love for a second season, so I almost feel like you leave us no choice," he said, adding, "Gi-hun will come back, and he will do something for the world."

The first season of the show was packed with surprises, life-or-death situations, and moments that had viewers at the edges of their seats. So what can we expect from the follow-up season? Hwang didn't divulge any specific details, so it looks like fans of the one-of-a-kind series will be left with a laundry list of questions about the second season, like when it's returning and what direction the series will take. Luckily, Hwang has teased certain plot points for Squid Game season two, and of course the season one finale also gives fans some clues about what to expect next. With that in mind, here's everything we know so far about season two of Squid Game.

What Is the Plot of Squid Game Season 2?

Judging by what Hwang said about Seong Gi-hun, it seems season two will be about him trying to put an end to the games once and for all. The season one finale teases this when Gi-hun calls the number on a Squid Game invitation card and tells the person on the other end: "I'm not a horse. I'm a person. That's why I want to know who you people are and how you can commit such atrocities against people." He then decides not to board his flight to see his daughter, and instead, walks toward the camera, hinting he'll try to get answers about the games and the people behind them, so he can stop them from hurting more people. Who knows, Gi-hun might infiltrate the games himself to take down the system from the inside.

During a virtual SAG panel on Dec. 5, director Hwang Dong-Hyuk hinted at what could be next for Gi-hun. "I'm not really in the right place to be discussing season 2 in an official setting, but if there were to be a season 2, in the first season that we saw Gi-hun is a character whose humanity is shown through or exposed in certain situations," he told Entertainment Weekly's editor in chief Mary Margaret. "As for the Front Man [Lee Byung-hun] who was also a past winner but became a Front Man, it's like Darth Vader," he added. "Some end up Jedi and some become Darth Vader, right? I think that maybe Gi-hun will go through a certain critical point where he is put through a test as well."

When Will Squid Game Season 2 Premiere?

Hwang told Variety back in September that he isn't in a rush to develop another season, so fans shouldn't expect Squid Game to return for a while. "I don't have well-developed plans for Squid Game [season two]," he said. "It is quite tiring just thinking about it." That was before Hwang confirmed a second season was actually happening, so his plans could be different now. However, since the first season took two years to complete, it's likely the show still won't come back until 2023 at the earliest.

Who Is in the Squid Game Season 2 Cast?

So far, Hwang has only confirmed Gi-hun (Lee Jung-jae) will come back, but he's also expressed interest in having the Front Man (Lee Byung-hun) and the Salesman (Gong Yoo) return. "There are some loose ends I'd like to explore if I were to make a second season," Hwang told CNN in October. "The Front Man's unexplained past, detective Jun-ho's story. Those are things I didn't explain in season one. If I were to do season two, I'd like to explain those elements. And the man with the ttakji in his bags . . . the man who was played by Gong Yoo."

Though police detective Hwang Jun-ho (Wi Ha-jun) is presumed dead at the end of Squid Game season one, it's possible we'll see him in flashbacks to learn more about his background and relationship with his brother, the Front Man. There's also a fan theory Jun-ho is still alive and will return to help Gi-hun stop the games. If Gi-hun does go back into the games as the season one finale suggests, chances are high we'll see a lot of new faces in season two, as there will have been new players recruited into the games.

Who Is the Villain of Squid Game Season 2?

Despite being shot in the eighth episode, the Front Man is still alive at the end of Squid Game season one. He's the main antagonist of season one, so he'll probably be the villain again in the second season. Seeing as the creator of the games, Oh Il-nam (O Yeong-su), is dead, someone will have to step up to keep the operation going, and there's a good chance that person will be a clear villain.

One of the most interesting aspects of Squid Game is seeing the players participate in a series of Korean children's games. The seventh episode hints that other countries hold similar games, which is why some fans believe the second season could take place in a brand-new location and will focus on famous children's games in that country. It's an interesting theory, but nothing has been confirmed just yet.

Where Can You Watch Squid Game Season 2?

Just like season one, season two of Squid Game will be on Netflix, so we'll be keeping an eye on the streaming giant to release more details about the show as they come up.