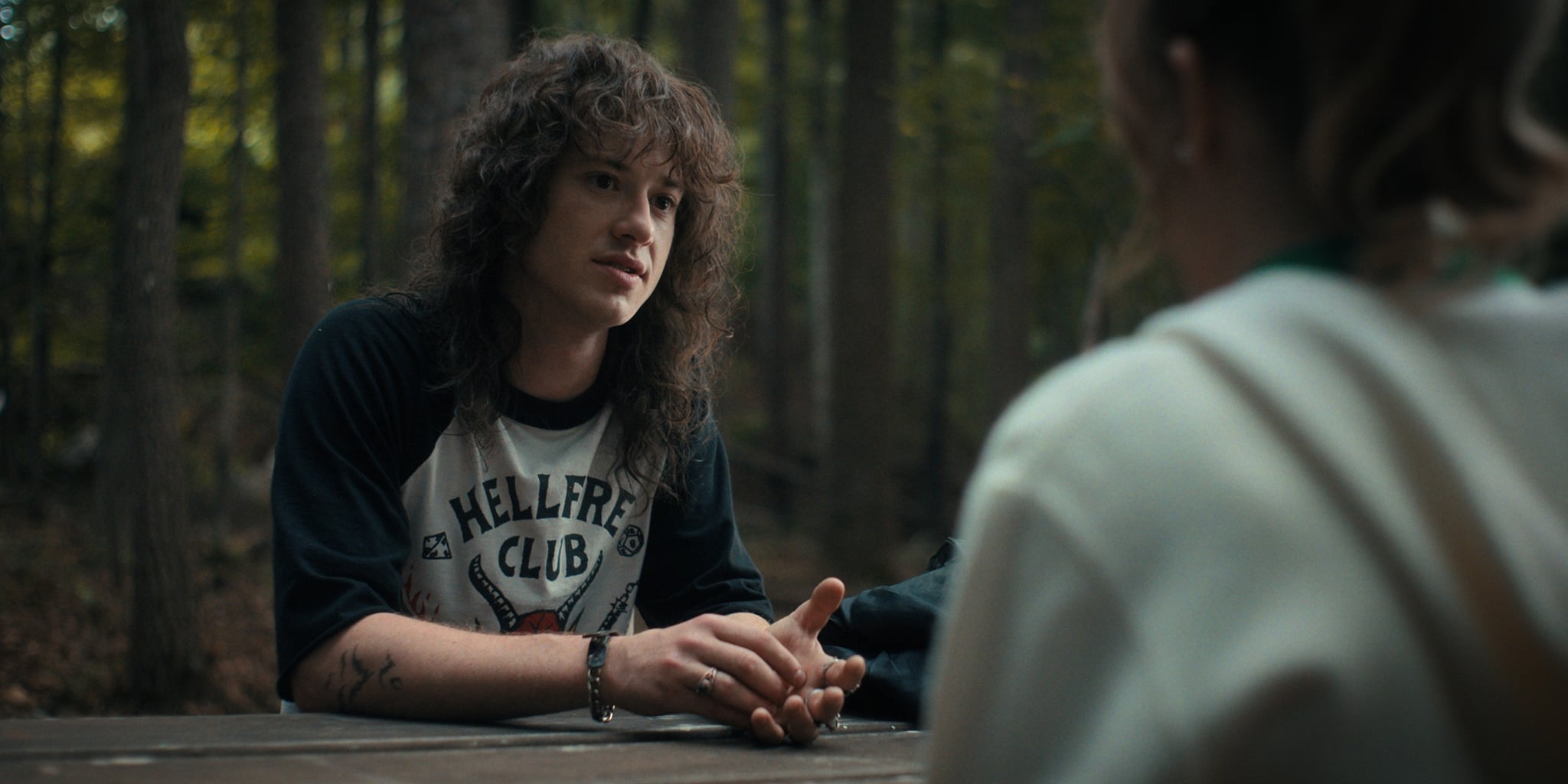 The season four finale of "Stranger Things" is a seriously emotional ride, with some deaths both big and small rocking our cast of characters' lives. One of the most devastating, by far, is the loss of Eddie Munson, who in the course of one season went from being a total newbie to a beloved fan favorite. Eddie went out heroically, buying his friends time to carry out their plan against Vecna. But did Eddie really die, or is there hope for him to return somehow?

According to a theory shared on Reddit, the Dungeons & Dragons game universe could hold the key to Eddie's survival. Reddit user Fearless_Start7574 posted someone else's Facebook theory that draws on D&D lore to suggest how Eddie might have survived. The idea is that Eddie could not have died from the bites of demo-bats alone, so, instead, he is transformed into another creature based on D&D characters.

According to this theory, Eddie will be turned into Kas, a vampire creature who wields a spiky shield, similar to Eddie's spike-covered trash-can lid. In D&D, Kas eventually betrays Vecna and works to defeat him. The parallel, according to this theory, would be that Eddie would initially be turned into a villain against his old friends, but would eventually turn back to the side of good and help them defeat Vecna once and for all.

It's an intriguing theory, and one that plays well with the heavily D&D-themed mythology of the Upside Down, as well as the fact that Eddie's body was most likely left behind in the alternate dimension.

There's just one problem with this theory: the show's creators insist Eddie is well and truly dead.

The theory hinges largely on the idea that a demo-bat bite isn't fatal in the way that a real bat bite would lead to a potentially fatal rabies infection. In an interview with Variety, the Duffers half-jokingly assured fans that no, demo-bat rabies isn't actually a thing, mostly in the context of how worried viewers should be about Steve's fate during his stint in the Upside Down. "I wouldn't worry about the bat thing," Matt Duffer said. "That's more my thing, I have this thing, I'm worried about bats. So anyway, that was just me fixating on bats the moment I wrote that. . . . If [Steve]'s going to die, it's not going to be from the bat bite."

If Eddie had succumbed just to bites from the demo-creatures, it would be a different story. Unfortunately, from the looks of things in his final scene, Eddie wouldn't have died from the bat bites, but rather from bleeding out due to full-fledged stab wounds.

As much as we'd love to see Eddie miraculously survive, it doesn't look very likely at this point. Still, nothing is as it seems in the "Stranger Things" universe, so we'll have to wait until season five to know for sure.