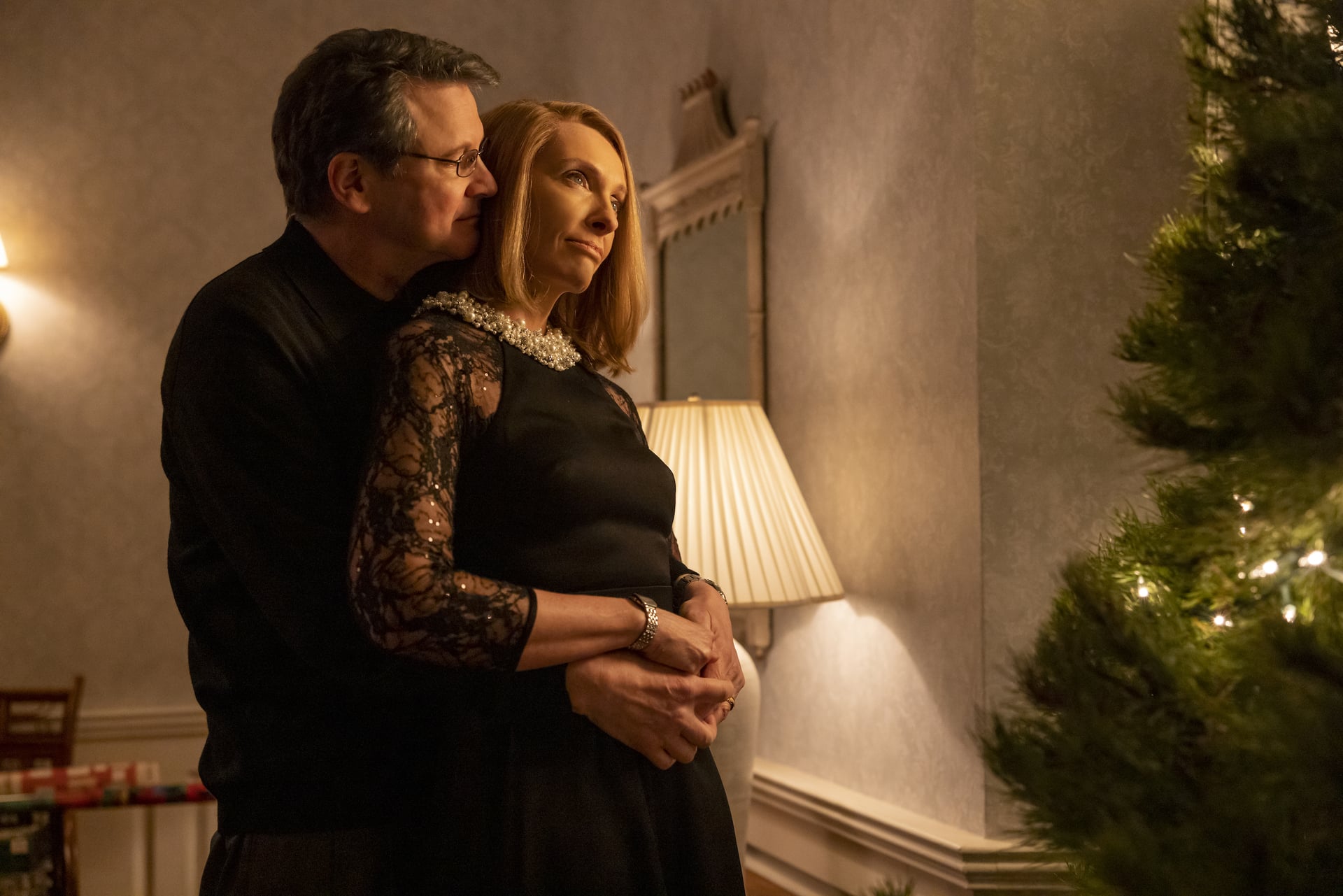 A familiar true-crime story is getting a new adaptation. On March 29, HBO Max released the first teaser for the upcoming limited series "The Staircase," which will be about the death of Kathleen Peterson and subsequent confounding murder trial of her husband, Michael Peterson.

The story was previously pursued in 2004 in a French documentary miniseries, directed by Jean-Xavier de Lestrade, of the same name. In HBO Max's iteration, the Petersons will be portrayed by Colin Firth and Toni Collette. The full trailer for "The Staircase," released on April 21, shows that the limited series will dig into the investigation of Kathleen's death and Michael's murder trial, and also include mentions of de Lestrade's documentary.

Over the course of eight episodes, the series will explore the mysterious death of Kathleen in Durham, NC, on Dec. 9, 2001. Michael, a novelist, claimed he found Kathleen unconscious after she fell down the stairs in their home. But the autopsy found that Kathleen had died from blood loss, and her injuries were consistent with blows from a blunt object, differing from Michael's staircase theory.

The ensuing trial would reveal intimate details about the Petersons' personal lives, including the death of their friend Elizabeth Ratliff, who was similarly found at the bottom of her staircase in 1985. She had the Petersons over for dinner the evening before she was found. Following a lengthy trial, Michael was found guilty of murder and sentenced to life in prison in 2003, but after key evidence was later deemed inadmissible, Michael was offered a plea for the lesser charge of manslaughter. His prior time served covered the sentence, and he was released in 2017.

Released in 2004, "The Staircase" documentary series drew widespread attention to the case, and Netflix later picked up the series in 2018 and explored newer developments with three additional episodes. The following year, Michael released his own account in the form of a memoir, "Behind the Staircase."

HBO Max will release the first three episodes of its series on May 5, followed by one new episode a week through June 9. Other cast members include Sophie Turner, Dane DeHaan, Michael Stuhlbarg, Juliette Binoche, Patrick Schwarzenegger, and Parker Posey. The show's creator, Antonio Campos, has experience telling crime stories, as his prior projects include "The Devil All the Time" and "Christine." Watch the two trailers for "The Staircase" ahead.

Stranger Things
You May Have Missed Suzie From "Stranger Things" in This Pivotal "PLL: Original Sin" Role
by Noelle Devoe 15 hours ago