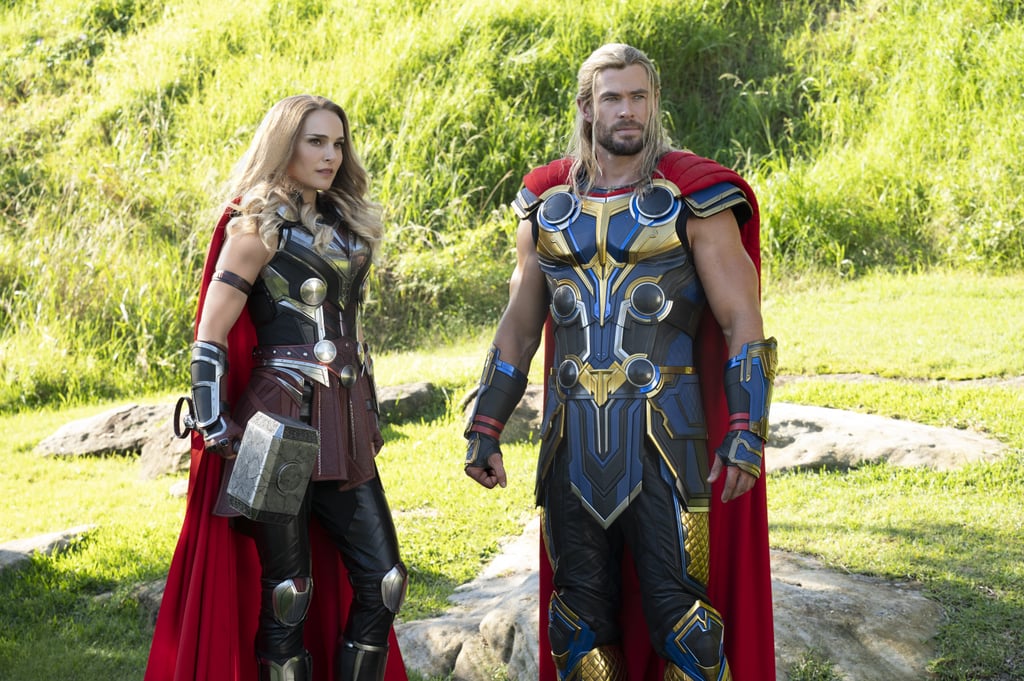 "Thor: Love and Thunder" Will Be Available to Stream Next Month

The God of Thunder is on a quest for peace in "Thor: Love and Thunder" — and per an Aug. 22 Instagram announcement by Chris Hemsworth himself, fans will soon be able to stream the movie (which premiered in theaters on July 8) in the comfort of their own homes.

At the beginning of the fourth installment of the Thor series following the events of "Avengers: Endgame," our beloved hero, played by Hemsworth, declares his "superheroing days are over" as he looks to start a new chapter of self-discovery. But things are never that easy.

Soon, the movie introduces viewers to the galactic killer Gorr the God Butcher, played by Christian Bale, who's on a mission to eliminate the gods. To take him down, Thor has to come out of retirement and reunite with some of his old friends.

The film also features the return of Thor's ex-girlfriend Jane Foster (Natalie Portman), who's gotten her hands on Thor's hammer — and his powers — herself, making her Mighty Thor. Plus, Tessa Thompson as King Valkyrie is on hand, causing hijinks and showing off her own incredible powers. Russell Crowe also plays Zeus, reigning supreme over Olympus and causing his own problems for Thor.

Director Taika Waititi returns as Korg and Chris Pratt as Star-Lord, along with the other Guardians of the Galaxy. As promised, Valkyrie's queerness is also woven into the film, making her into the MCU's first LGBTQ+ hero.

Ahead, get more details on "Thor: Love and Thunder," including the rest of the cast, streaming release date, poster, and full trailer.