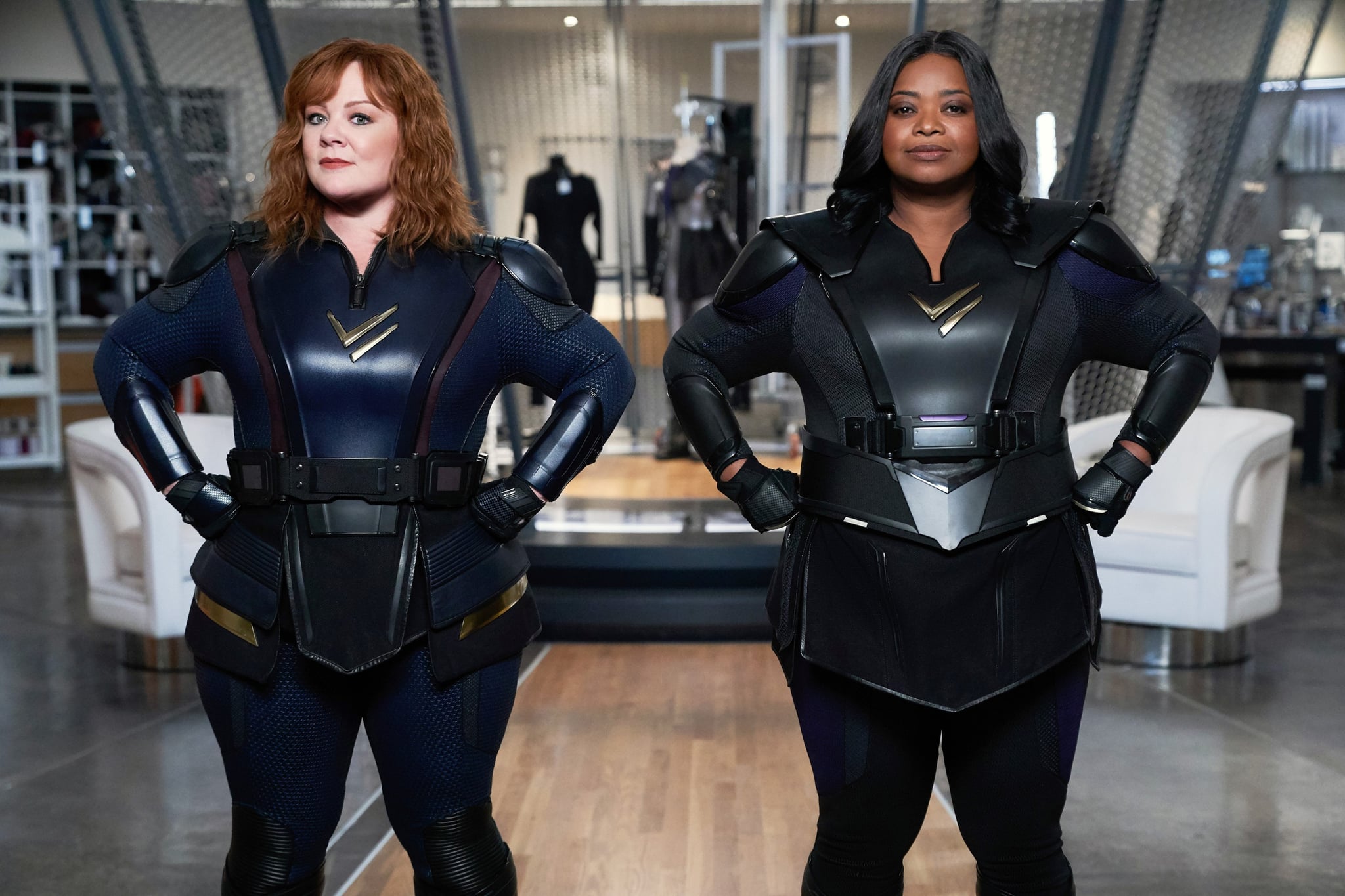 Netflix's latest buzzy movie is Thunder Force, a superhero buddy comedy starring Melissa McCarthy and Octavia Spencer as unexpected superheroes. With a star-studded cast that also includes Jason Bateman, Melissa Leo, and Bobby Cannavale, it's the kind of movie whose very premise and cast grabs attention right away. But will there be a sequel? That's still unclear.

After debuting on April 9, the comedy movie quickly climbed the Netflix rankings, hitting the coveted top spot in the daily "top ten" list within just a few days of its release. Despite that high viewership, though, its critical reception has been anything but top-ten worthy. It currently sits at a "rotten" 25 percent on Rotten Tomatoes, with an even lower audience score of just 23 percent. Those kinds of numbers definitely don't seem to scream "we want a sequel," but that doesn't mean Netflix won't go ahead with one anyway.

There have certainly been cases of buzzy but poorly-received projects at Netflix getting the green light for sequels (or multiple seasons, in the case of TV shows). In the case of Thunder Force, it's got some serious star power behind it. Star McCarthy is one of the producers, along with husband Ben Falcone, who also directs the movie. With their financial backing and celebrity, they could definitely pursue it. Given how many people have already watched the first one, it also seems like there's a pretty big audience that would be willing to watch a sequel, too.

The movie certainly seems to be setting itself up for a second installment, given the way the story wraps up. There's a bad guy who gets away, the start of a romance, a new mission for the Thunder Force, and a hint that at least one character may become another superhero in the future. All of these hints are clearly setting up for another movie in a series, but it will probably be a while before Netflix makes any decisions. Aside from their very biggest hits, the streamer typically takes a while to announce sequel plans — and, of course, if they pass on the sequel, there won't be any announcement at all. For now, it's a game of wait and see, and it will probably be at least a few months before we hear any news.

Celebrity News
Anne Heche's Upcoming Movies and TV Shows, From "The Idol" to "Girl in Room 13"
by Eden Arielle Gordon 13 hours ago