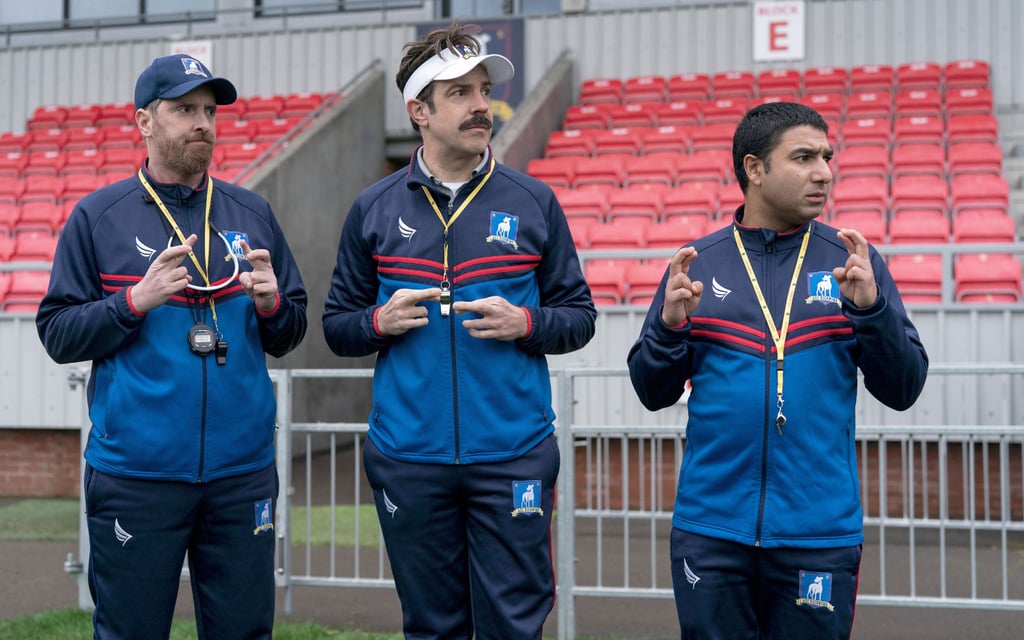 Ted Lasso is the comedy everyone can't stop talking about, especially after the show's big night at the Emmys! Unfortunately, as is the case with so many popular streaming shows, there is a relatively small number of episodes available. And since Ted Lasso is super bingeable, it's easy to devour the upbeat episodes in just one or two sittings. A third season is on its way, but it will be several months before new episodes finally arrive. So what should you watch once you've finished hanging out with our favorite AFC Richmond crew?

Don't worry — we've got you covered. While part of Ted Lasso's charm lies in its highly specific style and tone, there are several other shows we think fans will love, too. These shows have everything: comedy, sports, heart, humor, and conversations about some tough issues (but alas, no biscuit boxes). Plus, all of them share at least a few things in common with Ted Lasso, whether that's a sports-centric setting, a quirky sense of humor, a colorful cast of characters, or just a big, kind heart that you can't help but love. From serious sports dramas to quirky workplace comedies and so much more, each of these shows is sure to win over the hearts of Ted Lasso fans everywhere.

Tom Hiddleston
Will Loki Be in "Thor: Love and Thunder"? Here's What We Know
by Amanda Prahl 10 hours ago

Hulu
"The Bear" Star Ayo Edebiri on Cooking, Grief, and Chopping All Those Onions
by Victoria Edel 17 hours ago