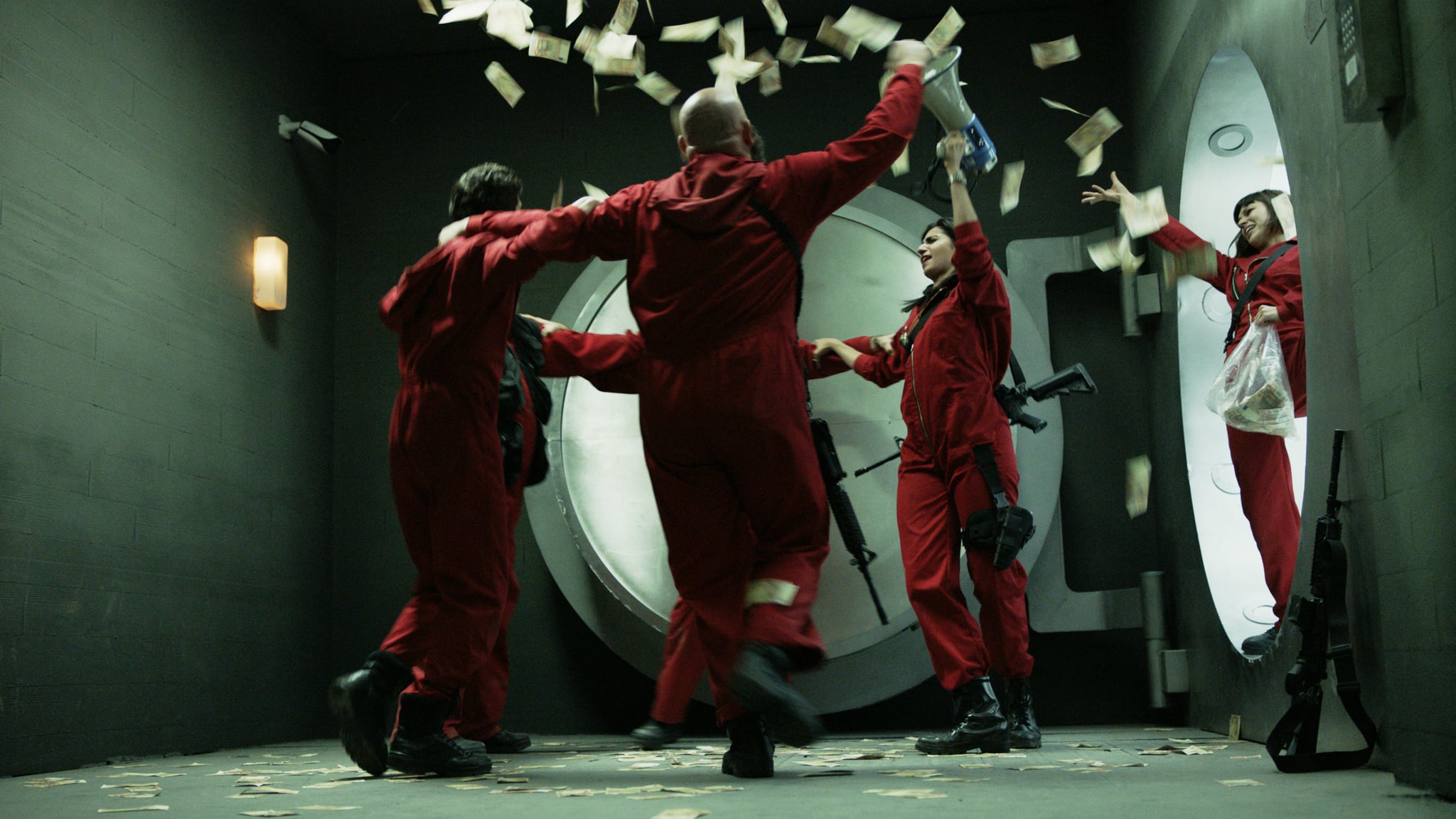 If you haven't watched Money Heist on Netflix yet, what even are you doing with your life? (OK, perhaps you're trying to hold everything together in the midst of an unprecedented global pandemic, which is totally valid.) The Spanish heist drama has become the latest out-of-nowhere pop culture phenomenon, and, like most great heists, it happened when we weren't even looking. So what is Money Heist even about? We've got your quick recap of the first three parts now that Part Four has been unleashed.

The first two "parts" of the show focus on a single thrilling heist: a group of eight robbers are recruited by the mysterious "Professor" to carry out a massive crime. Their mission is to take over the Royal Mint in Madrid, taking hostages as part of a plan to print and then bail with €2.4 billion. For five months, they're brought together in a remote location to prepare, where they're given the unbreakable rules of the heist: no personal information given out to each other or anyone else, no personal attachments are allowed, and no violence during the heist. Of course, it wouldn't be a drama if those rules didn't get broken. Even the Professor doesn't seem immune, forming a bond with the police negotiator as the heist slowly begins to go sideways.

The third part, which arrived in summer 2019, is a "getting the gang back together" heist, set three years later. When one of the robbers gets captured by Europol, the Professor and the rest of the team reconnect to rescue him and, along the way, rob the Bank of Spain. Once again, the heist doesn't quite go as planned, and the ending results in a major, twisty cliffhanger that leads straight into Part Four, which debuted on April 3.

The first two parts were produced without Netflix's involvement, but once Netflix came on board to distribute the older episodes and produce new ones, the show's profile increased exponentially — so much so that a behind-the-scenes documentary, Money Heist: The Phenomenon, was released on April 3 along with the fourth part!

Ricky Gervais
Ricky Gervais Wants to Offend People — As a Trans Man, I Won't Take the Bait
by Beau Brink 7 hours ago