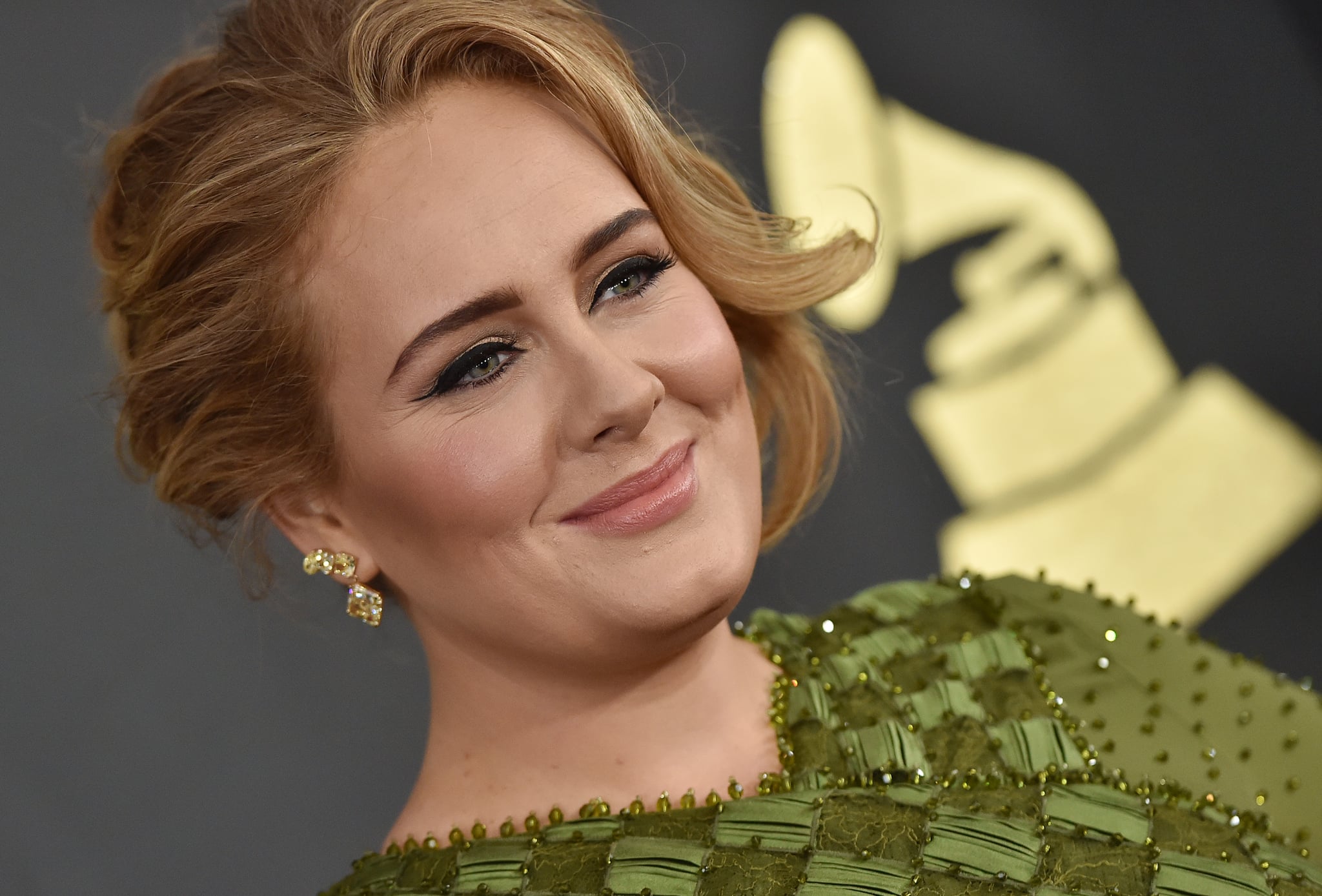 She's back! Adele finally released her long-awaited single "Easy on Me" as a lead-in to her next album, 30, and we can't even describe how much we've missed her. The song is a typical Adele tune that showcases her unreal vocals. And because she's recently opened up about her divorce from ex-husband Simon Konecki, people are already speculating if this song is about him, or perhaps someone else entirely.

She said on an Instagram Live on Oct. 9 that the album is about "divorce, babe, divorce." She also told British Vogue in her new cover story, "I feel like this album is self-destruction, then self-reflection and then sort of self-redemption." She also added that her son, Angelo, has had questions about the divorce, and this album will help her explain it to him. So what's the story behind "Easy on Me"? Here are some theories from us and the rest of the internet.

Is Adele's "Easy on Me" About Her Son?

Redditor GuffawMcGee shared in a thread that they think the song is a message to Angelo. They wrote, "IMO, the song is her talking to her son about why she divorced his dad. She is talking about how she made choices to marry him because she felt it was best for her son and she was young and inexperienced but went into it with high hopes and good intentions. . . . but as time went on, she realized it was no longer a good choice for her. . . . and for that, go easy on her."

This theory tracks with what she told British Vogue. "I just felt like I wanted to explain to him, through this record, when he's in his twenties or thirties, who I am and why I voluntarily chose to dismantle his entire life in the pursuit of my own happiness," she said. "It made him really unhappy sometimes. And that's a real wound for me that I don't know if I'll ever be able to heal."

Is Adele's "Easy on Me" About Her Ex-Husband?

It feels like a fair assessment to assume "Easy on Me" is about Konecki and working through their divorce. In her lyrics, she opens up about being young when she settled down and eventually realizing that she wasn't happy and needed to put herself first. The bridge seems to speak to the big dreams she had and eventually dashed when things started to crumble: "I had good intentions / And the highest hopes / But I know right now / It probably doesn't even show."

Is Adele's "Easy on Me" About Someone Else?

Truthfully, Adele's "Easy on Me" is most likely a combination. It's a song about her divorce from Konecki as a message to her son, but there's a bit of herself in there too. She told British Vogue, "It's not like anyone's having a go at me, but it's like, I left the marriage. Be kind to me as well. It was the first song I wrote for the album and then I didn't write anything else for six months after because I was like, 'OK, well, I've said it all.'"

Redditor Equivalent_Air_6762 noted in a thread about the song, "From my perspective, she is talking to herself in this song. She is being gentle with her past self and all the decisions she's made. It's like looking back on a past version of yourself and giving them a hug and not feeling shame or guilt for past behavior or choices. Almost like acknowledging your inner child and holding their hand."

We think that she's certainly giving herself some grace for leaving the marriage because she knew it was the right thing to do. And with the amount of emotion in this song, we can only imagine what else is to come when 30 comes out on Nov. 19.