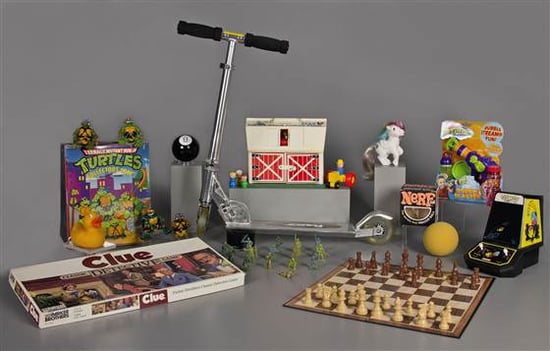 Of all the toys in your child's collection, which is the most innovative and has been around the longest? Those are among the attributes the National Toy Hall of Fame is looking for in the two toys it will add to its collection in 2013. Of the thousands of nominations it has received, the National Toy Hall of Fame has narrowed the list to bubbles, chess, the board game Clue, Fisher-Price Little People, little green Army men, the Magic 8 Ball, My Little Pony, Nerf toys, the Pac-Man video game, Teenage Mutant Ninja Turtles, a scooter, and the rubber duck.

A museum committee of curators, educators, and historians will choose winners it believes are widely recognized; foster learning, creativity, or discovery through play; and endure in popularity over generations. Last year's winners included Play-Doh and the Slinky. Which would you add to the Hall of Fame?

Source: National Toy Hall of Fame
The ScoopParenting News
Around The Web