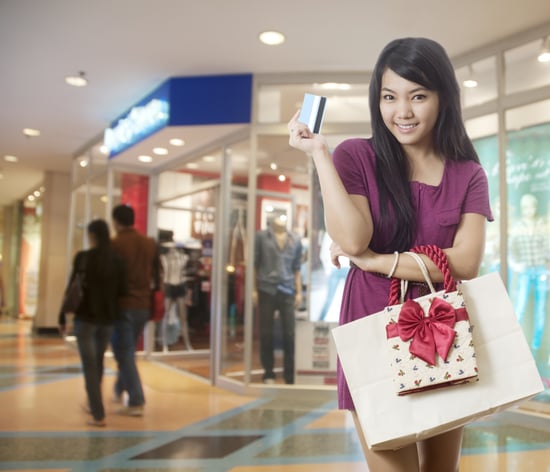 A growing number of Circle of Moms members say they're determined to stop spoiling their teenagers. Michelle M., for example, is the first to admit her own over-indulgence is spiraling out of control, but she’s not sure how to draw the line. "She has a bedroom full of things including a wardrobe of the latest clothes and shoes," she says. "I’ve spoiled her, but she doesn’t have any more than her friends. What should I do?"

"Stop!" That’s the collective cry of many Circle of Moms members, who say a mom's primary job is to prepare their teens for the real world where they won’t always get what they want — or what their peers get. If teens don’t learn that reality, they are destined to become entitled young adults, says Kim M. "If you keep giving in to their demands they will keep pushing," she adds.

In an age of entitlement, it’s not easy to strike a balance between love and over-indulgence. Still, Circle of Moms member have offered several ways to pull in the reins on spoiling. Keep reading for their tips.

One quick route to raising entitled kids is to shower them with gifts for no reason other than that they are your kids, suggests Circle of Moms members. This ultimately dis-empowers them, says one mom (user name "Stifler M."). Gifts should only be given for special occasions like birthdays or holidays, she says. But you empower them if you give gifts as a consequence of something well done — it shows your teen that she's capable and competent, adds Stifler. "Spoiling, to me, is ruining the child's attitude towards life," she continues. "Giving them whatever they want exactly when they want it so they expect that forever and never have consequences for their actions."

Teach the Value of Hard Work

You need to change the perspective from giving teens everything they want to have them work for privileges, says Leslie, a mom to a 12-year-old. "My daughter is getting very spoiled by everything that is given to her and quickly getting an attitude." she shares. But, she’s about to change the game plan and make her daughter earn the extras. Just because the economy has made jobs hard to find for people of all ages — including teens — doesn't mean there are excuses, says Leslie, who is now making her daughter help with chores around the house.

Another mom, Tammy L., also feels strongly that requiring tweens and teens to get a job, or help with the jobs at home, is one way to stave off spoiled bratdom. "If your teen is unable to find a job outside the home, then she should have to pick up extra chores around the house," she says. "That is what is wrong with this generation; they have been given everything without anything being asked in return, and we wonder why kids these days have entitlement issues." Kathy S. took swift moves to keep her daughter from feeling spoiled when her teen was given a car by her mother-in-law. "I’m making her earn the money for the insurance and gas," she says.

Along with not showering teens with gifts, Circle of Moms member Anita R. advises that parents need to stop doing everything for their teens and require them to be self-sufficient. "You need to role model respect and love and show a 15-year-old who is the adult of the house," she says. "If he wants something, he needs to earn it by doing chores, and he needs to look after himself by being self-sufficient. Teach him how to cook. There is no excuse for a mom to do everything for a 15-year-old."

Along with teaching teens to be self-sufficient, JuLeah W. stress that moms need to learn to just say "no" to teens. "Parents don’t have to buy a kid a third coat just because they want it," JuLeah says. "We buy them iPods, cell phones, and new cars and we need to ask ‘what did they do to deserve this?' These kids are not bad kids, or brats, they simply never have been asked to think of others or to struggle for anything or told 'No.' They are just given stuff." Anita R. agrees, noting that "no" isn't a bad word, and that it's a response moms need to keep in their vocabulary when parenting teens.

Still, there are some Circle of Moms members who say it's OK to spoil teens as long as you teach them to be grateful and appreciative. "Spoil them as much as you want as long as you are teaching them to be humble and appreciative," says Charlie P. "Then by all means, lavish your children. If they can grow up knowing material things are just extra luxuries and not something they should feel entitled to then go for it."

How do you proactively avoid spoiling your teens?

Image Source: Shutterstock
Tweens And TeensParentingParenting Tips And Advice
Around The Web

Halloween
Is Trunk-or-Treating Safe This Year? Here's the Lowdown on This Halloween Activity
by Melissa Willets 3 days ago