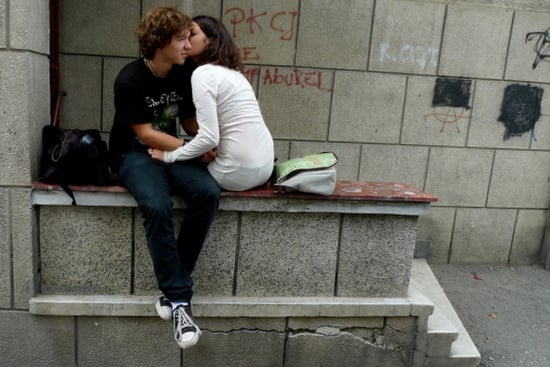 If there's one thing that causes parents of teens stress, it's their adolescents' romantic relationships. Circle of Moms member Tina H. says what's causing her the most angst is the fact that her 16-year-old daughter wants to date an 18-year-old. "How much age difference is OK for teens?" she asks.

This is a sticky issue, and one that has many Circle of Moms members split over what's acceptable and what's not. Some say maturity and compatibility will take care of all differences. Others maintain that even a one-year age gap should be strictly forbidden in the teen-dating arena. Here, Circle of Moms members share different opinions on whether a hard line should be drawn on age difference, and if so, where.

One of the first factors moms should consider before deciding whether you approve of your child's dating relationship is how mature both the boy and girl are, says Circle of Moms member Louise M. "I think it's about the maturity," she relays, recommending that parents meet the person their son or daughter is dating to decide if both of them have enough maturity to handle the relationship. "If you meet him and decide he is wonderful, she should be allowed to date him," she says.

Theresa J. agrees with a meet-the-parents approach. "Is she willing to let you meet him before she could date him? That was a rule in my house growing up. I didn't have a problem with it. I know kids don't think it's cool to hang out with the parents, but maybe he could come over for dinner and board games so that you could get to know him. It may help you decide if he's datable in your opinion."

Rita D. adds that if you don't at least consider allowing your teen to date this older person, they may just sneak behind your back. So, when her 12-year-old daughter wanted to date a 15-year-old, she insisted he come meet the parents — her and her husband. That's when she got a good sense that despite the age difference, her daughter and the older teen guy were pretty much on the same maturity level and she felt she could relax. "Boys don't grow up as quickly as girls. At that age they are still just hanging out with other friends who also have girlfriends."

Diane C.'s situation was similar: it was the 17-year-old boy's lack of maturity that she felt put him on equal footing with her 14-year-old daughter. "My husband flat-out said no way, not happening, no discussion," she recalls. But after meeting the boy and setting a rule that there would be "no unsupervised hanging out," she agreed to let her daughter go out with the teen three years her senior. "I suspect he may be a bit immature," she adds.

Other moms, like Rita D., say to absolutely put your foot down on any age difference in teen dating. "I would not have my 13-year-old dating a 15-year-old boy," she says. "This is a discussion for 'no' discussion. I certainly would try and put a cap on it."

Kimberly P. also believes parents need to set rules on age differences for teen dating. "I would keep my 13-year-old in her age group — 13 or 14," she says. "Let her know that there will be a lot of more breakups in her life," she adds, "and that this older guy won't be the last one."

Of course, a hard-fast rule may bring resistance from your child, as Hilary B. can attest. She says she thought she had the whole teen-age-difference-for-dating issue covered. "We have always had the rule in our house your boy/girlfriend can only be one year up or down," she says. But now her 12-year-old daughter is testing her limits by dating a 15-year-old, and she's putting her foot down. "She's testing this and making me crazy," says Hilary B. "She thinks I'm being completely unreasonable and that I am the world's worst parent."

Tough love with teens is not easy under any circumstances, but mom Michelle R. speaks from experience when she says teens really do need someone to tell them to date within their age group. In her case, she forbid her 16-year-old daughter from dating an 18-year-old, pointing out that the age difference puts too much pressure on girls in particular. "Boys that are 18 are legal and they are so ready for the things that come along with being legal," she says. "Sixteen-year-old girls, mature or not, should not be bothered with that kind of pressure yet. I personally dated an 18-year-old at the age of 16, but that was because I had no one to tell me otherwise. I would advise against this two-year gap."


Do you let your teen date older or younger teens?

Tweens And TeensParenting
Around The Web