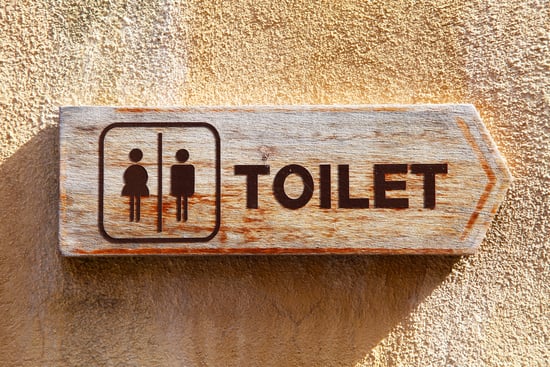 Is there a definitive point in a child's life that indicates when it's OK for him to use a public restroom on his own? As Summer winds down, I find myself looking back at my kids' accomplishments over the past few months, and among them is my eldest son going to the restroom on his own on an airplane. It took much coaxing and confidence-building to get him to do so — I made sure I could see the door the entire time in case there was an issue with the lock — but in the end, it was a milestone that we both celebrated.

It's also one that I don't plan to replicate in all public spaces, as the thought of sending my son into a men's room on his own in a high-traffic area terrifies me. At the same time, he's reaching that age where it's becoming uncomfortable for him to use the women's room with Mom. So what's a mom of boys to do? Is there a magic age when Mom just has to let go?