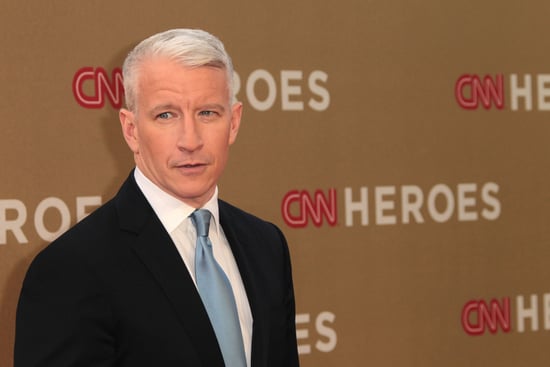 Oh, Anderson. Generally a bastion of solid journalism and insightful commentary, Anderson Cooper seems to have taken a cue from the talk show circuit with one of his recent shows, pitting stay-at-home moms against their work-outside-the-home counterparts.

The show's clearly-for-ratings title — "Are Stay-at-Home Moms Lazy?" — is drawn from the outburst of one of the guest moms, who declares that women who stay at home with their kids use it as "almost an excuse to be lazy." Anderson follows up this evolved comment with an insightful, "You're saying that stay-at-home moms are lazy?!"

The whole point of the show was to discuss a controversial new study claiming that moms who work outside the home are happier than those who stay at home with their lil ones. Surprise, surprise, the guests weren't able to come to any sort of consensus. Understandably, people aren't pleased with the show's topic and especially not with its producers' choice of title, and they are blogging up a storm about it — which is probably exactly the point. Well played, Mr. Cooper. Welcome to daytime TV.

Is it me, or does this whole argument feel a bit dated? Aren't moms over-judging each other like this?

Penn Badgley
Joe, Is That You? Fans Spot a Possible Photo Mistake in You Season 3
by Monica Sisavat 3 hours ago