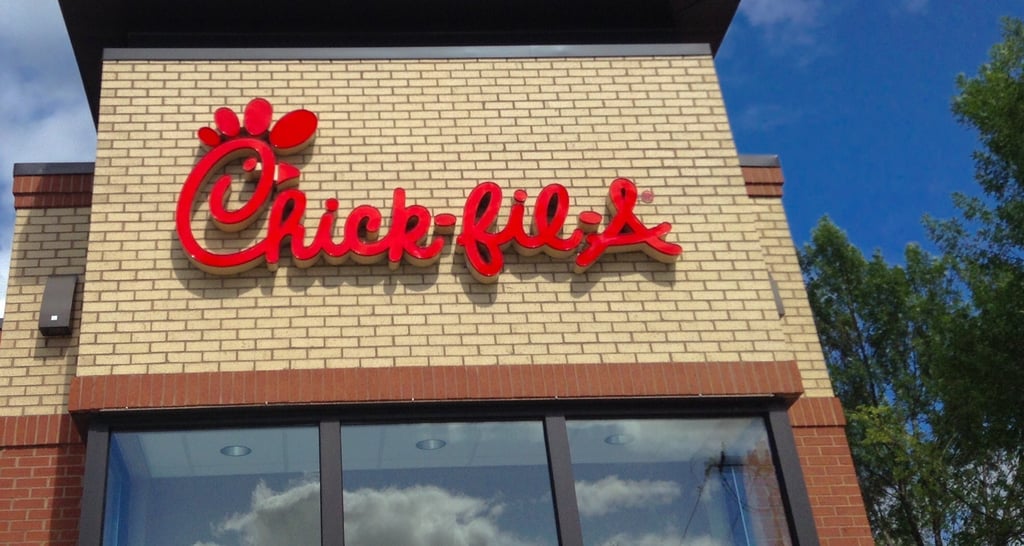 Three months before their daughter's birth, Falon and Robert Griffin bought a pink onesie that read "Little Nugget," and we're not sure if the couple believes in fate, but it sure does feel like they sealed their daughter's with that purchase — Gracelyn was born inside a Chick-fil-A. On the night of July 17, Falon began having contractions, and on the way to the hospital stopped at a Chick-fil-A parking lot to drop off their two daughters with a family friend. Falon needed to use the restroom before heading to University Hospital in San Antonio, TX, but the couple never made it there — on the chain's bathroom floor, Robert delivered his daughter.

"I didn't know I was going to have a baby in there! I was going to the restroom," Falon told KSAT. Apparently, as soon as she got to the restroom — which she was let into by an employee, as the restaurant was closed at the time — she realized her baby was ready to go. The store director, Brenda Enriquez, grabbed some towels, and Robert looked his wife in the eye and announced that they were going to have this baby right then.

"I'm in excruciating pain. He's not skilled. I don't know what's about to happen right now. I don't know if she's going to come out alive," Falon said. However, in the face of pressure, Robert proved about as capable as he could without a medical degree — Gracelyn's umbilical cord was wrapped around her neck twice, but her dad was able to get it loose, saving her life and delivering her safely.

"Oh my gosh we just had a baby in Chick-fil-A. I was like, 'This really happened. How is this my life right now?'" Falon said, 10 minutes before the EMTs arrived and transported the family to the hospital, where Gracelyn was able to sport her "little nugget" onesie for the first time.

The best part of this story? The franchise owners offered Gracelyn food from Chick-fil-A for life, a guaranteed first job when she turns 14, and a Chick-fil-A-themed first birthday party. Talk about a hookup.

Related:
This Mom's Chick-fil-A Maternity Shoot Will Have You Reaching For the Dipping Sauce Stat
0
previous images
-30
more images
Previous Next Start Slideshow
Chick-Fil-AChildbirthParenting News
Around The Web