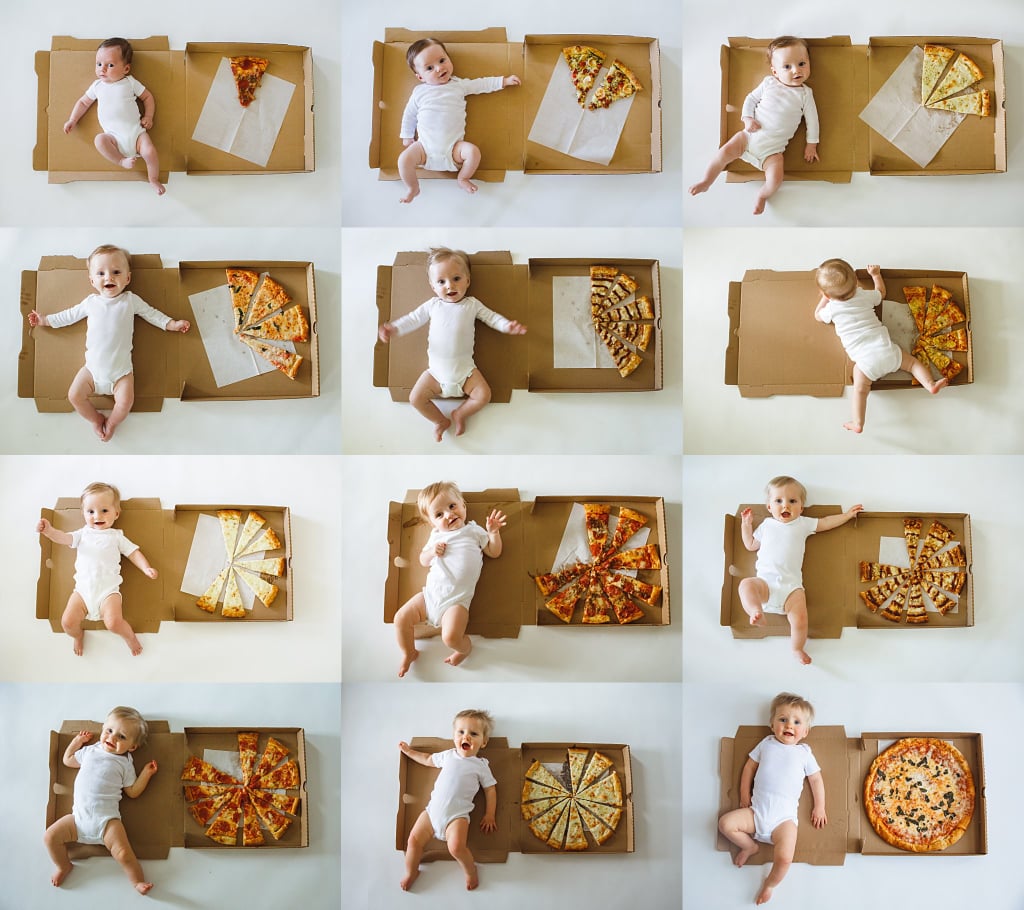 With Dani Leigh Giannandrea's first baby, she did the now-popular monthly milestone photo shoot using a suitcase. It was a cute way to see how her baby grew with every passing month. But when her second son, Lorenzo, was born last February, she wanted to do something similar but felt like all the good ideas for these portraits "had seriously been so played out."

That is, until she posted her handiwork on Instagram, which showcased a collage of 12 photos of her growing baby boy lying on the opened lid of a cardboard pizza box, each snapshot with an additional slice of cheesy goodness.

"I figured if we were going to do this, we may as well do it right and get dinner out of it once a month."

"The theme was inspired by my mom, Lorenzo's grammy, saying that I had to do something Italian as an ode to his name," Dani told POPSUGAR. "I had originally just thought about using pizza-shaped plates and just doing that in a pizza box every month but then I figured if we were going to do this, we may as well do it right and get dinner out of it once a month. Anything to make mommin' easier."

The next order of business for the Baltimore-based family was procuring the pizza.

"We love our local pizza place, il Forno, in Frederick, so it seemed like a no-brainer," she said. Dani considered sticking to her favorite pie flavor for every month — "il Forno's Pizza Bianca is where it is at, it's our family favorite" — but the photographer also knew she had to space them out to achieve her year's end vision. To compromise, once every four months, they ordered the Bianca, but for the other photo opps? "We just went down the menu," she said. "Anything that looked good to us, that our older son would eat or we could have for dinner, we would get."

As for Lorenzo, who turned 1 year old on Feb. 10, his love of pizza is only beginning.

"Lorenzo honestly didn't start eating solids until he was about 7-ish months old because he had some very severe reflux issues, so until then it wasn't truly that hard to keep him from eating it," she admitted. "He mostly just was rolling to get away so he didn't have to lay on the floor anymore."

She added: "Enzo does love pizza! Thank goodness — I did wonder, 'Man, it would be really sad if this whole reflux thing is actually a lactose problem the whole time we were taking these photos.'"

Eh, we think it still would have been worth it!

Babies
A Mom Documented Her Baby's First Year Using Shake Shack Burgers, and Can I Get a Fry?!
by Murphy Moroney 17 hours ago

Babies
These New Parents Fell Asleep During Their Baby’s Newborn Photos, and Wow, Relatable!
by Alessia Santoro 17 hours ago 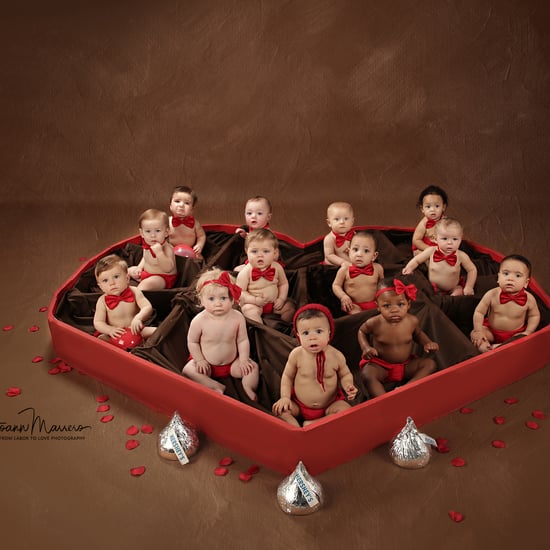 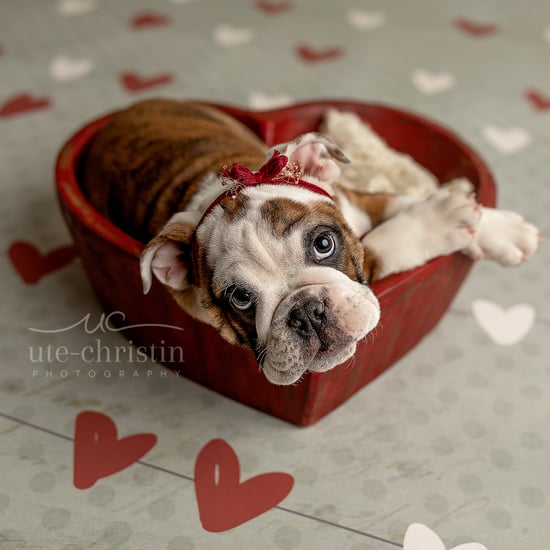 Valentine's Day
A Photographer Staged a Newborn Shoot For an English Bulldog Puppy, and the Results Will Give You Heart Eyes
by Murphy Moroney 23 hours ago