Letting it all hang out seems to be the new haute couture for Hollywood mamas-to-be, according to fashion pages and Salon.com writer Mary Elizabeth Williams.

Think Kate Hudson and her belly-flaunting ensembles. She’s one of a slew of pregnant celebrities who have showed off their bulging tums in public, making it more widely acceptable, and some say even sexy. But it was Demi Moore’s infamous Vanity Fair cover 20 years ago that first brought the pregnant belly into the limelight. Since then, flaunting the bump has become almost a fashion trend for pregnant celebrities. But has it trickled down? Do any of us mere mortals dare to go that bare?

In a Circle of Moms community where the celebrity belly trend is a hot topic reactions are mixed. Some moms applaud the idea that pregnant women are sexy and attractive, and say bare is beautiful. Others cringe at the thought of exposing their own pregnant mid-sections.

During her first pregnancy, Sarah M. says she dressed conservatively, but the second time around, she felt more comfortable with her body and showed off her bump with figure-shaping clothing. Still, she says, she never dared to completely bare her bump.

Katie M. cringes when she remembers the yellow fleece jumper and tracksuit pants that were her uniform throughout her pregnancy. "Mortification, call the fashion police," she says. She was teased by people who asked: "Hey egg, when are you going to hatch?" "It was awful," she recalls.

"I personally believe that a pregnant belly is one of the most beautiful things in the world," says Cassie C. "I wore both loose baggy shirts that showed off my bump," she continues. "I never allowed my actual stomach to show because I believe that is not something classy people do. I don't walk around with my stomach showing when I'm not pregnant so I'm not going to do it while I am pregnant."

Taking the trend to the next level, a growing number of moms-to-be are posting photos of their growing bellies on Facebook and Circle of Moms.

“I did it for family and friends who live all the way across Canada to see the progression,” says Danica C. “I have one with me making a heart over my belly. I think pregnancy is a beautiful thing, and why should I be ashamed of my bump?”

But Danica says she received negative feedback from her family. “Well, it comes down to my mom being extremely offended that they are there for all to see,” she says.

Would you bare your belly in public? What do you think when Hollywood stars do it, and now ordinary people?

Pregnancy
I'm Pregnant, So Remaining Calm Right Now Is My Number One Goal
by Jacquelene Amoquandoh 3 days ago 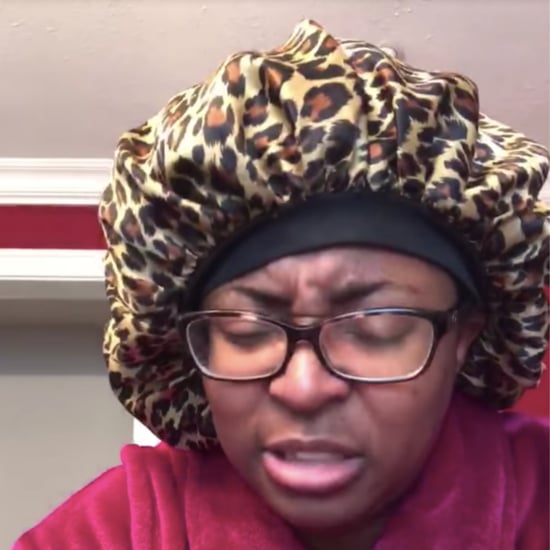