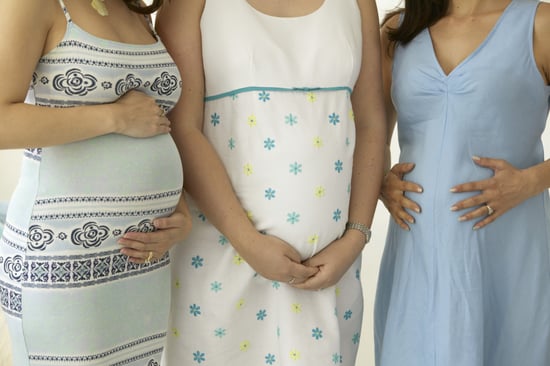 Medicine tells us that a woman's body is in its best physical condition for baby-making in her 20s, but does that have to mean, as Natalie W. points out, that the 20s are also the only universally socially approved time for reproducing?

"Why is it such an issue when a woman/girl has a baby either at 15 or 45? I get so annoyed when people go on about how old a woman is when she has a baby. Seems like the 20s are the only time a woman can have a child and nobody says anything," she posts in Circle of Moms' Mums Over 40 community.

Yet, advances with in vitro fertilization are rapidly pushing the possibility of getting pregnant decades beyond the 20s, and women are having babies into their 60s and 70s.

In June 2010, a 66-year-old woman gave birth to triplets in India. After 44 years of marriage, Bhateri Devi became a mother for the first time after receiving fertility treatments from the National Fertility Clinic in Haryana. The largest of her triplets weighed only 2 pounds, 6 ounces. Her late-in-life labor of love was not the only recent startling birth story out of India: in November 2008, a 70-year-old woman delivered a 3-pound baby girl. These two births raised medical eyebrows worldwide, mostly because of the children's low birth weights. (Low birth weight and associated complications — which include stillbirth, premature birth, a higher likelihood of the mother developing gestational diabetes or placental previa, and the increased chance of having a child born with some form of mental retardation — are associated at higher rates with late-in-life pregnancies than with pregnancies that happen before the age of 35.)

The Indian moms may have pushed the reproductive age limit to its extreme, but their challenge to biology is increasingly embraced by women decades younger. And in spite of the well-documented medical risks of later-in-life pregnancy, more and more women ages 35 and up are going ahead with it. The March of Dimes reports that one in five women in the United States has her first child after age 35. According to a 2009 report by the National Center for Health Statistics, the number of American women having babies past the age of 35 has increased twelvefold since 1970, when there were only one in 100 births to women older than 35 as compared to 12 in 100 in 2006.

As Heather Z. states in Circle of Moms' Parenting Debates community, "There are many women who have children well into their 40s and (they) are in a much better position to raise a child than a 16-year-old. Most older women have already lived their lives and are ready to settle down. (They have) established themselves financially, have a stable career, etc."

Some younger mothers beg to differ, however, arguing that financial stability and emotional maturity aren't exclusive to older women. As stay-at-home mom Chauntel P. shares, "My husband and I are 22 years old and we have two children together. I never imagined that I'd be 22 with two kids, but you know . . . I love it. I can honestly say that I love my life, and that I was meant to be a mommy."

She believes that maturity level is the key to whether someone is ready to parent well: "As a parent, your children have to come first, no matter what . . . You need to be in a stable relationship, have support, and be financially and emotionally ready."

Unfortunately, statistics demonstrate that Chauntel P.'s positive experience with younger motherhood is the exception rather than the rule. According to the website Family First Aid, one-third of all teen mothers never finish high school. Only 1.5 percent earn a college degree by the age of 30, and a whopping 80 percent of teen mothers receive government assistance to meet basic needs.

Emma N. points to these statistics as reasons why teens shouldn't be parents: "Someone is too young to be a mother when they live at home with the 'rents and don't have a partner to support them or a job with maternity leave to support them financially until they can go back to work," she states. "You can know all you like about babies and feel you're ready but until you have the resources and don't have to rely on others/the government for financial support/housing, it's not a good idea to get pregnant."

So what is the best age to have a child? When you are young and full of boundless energy or when you've been around the block a couple times and have gained some life experiences?

Perhaps, as Cindy W. points out, age really isn't the most important factor: "There are advantages to being a young mom and advantages to being an older mom," she writes in the Mums Over 40 community. "As long as the kids are well taken care of, loved, protected, and raised with good core values, why does a mom's age matter?"

Babies
Curdled Baby Spit Up Is Most Likely Normal, Strange as It May Look
by Elisa Cinelli 6 days ago

Tiffany Haddish
Tiffany Haddish on Her Plans to Adopt an Older Child: "I Want Them to Know That I Put In the Work"
by Alessia Santoro 1 week ago