Is it really possible to have a kid’s birthday party that doesn’t break the bank? Especially at age six when they start inviting all their friends from school? Realistically speaking, just how much should you expect to spend to have a party that is neither too indulgent nor too skimpy — $100? $200? $500?

Numerous Circle of Moms members argue that a great party can be had for $200. “You should not spend more than $200 on food and decoration and a place,” writes Shamsey F. “My budget was usually around $200,” shares Jodi A. “My average with no extra bells and whistles: $200,” writes Nicole B. And Sara D. says she also spent about $200 on her son's fifth birthday party, including the "goodie bags and food and presents."

But not everyone agrees on that $200 range. “Unless you really want to go all out...there’s no reason you should have to spend over $100 on the party. That is including food, cake and ice cream,” says Amanda H.

Many do manage to throw terrific celebrations for $100. As Mindi D. shares,  “I try to spend $100 or less. We have found a few places to go for that amount. If a place costs more, my kids have to invite fewer friends. One year my daughter only invited three friends because she wanted to go somewhere that cost more money. We still only spent about $100."

Sticking to a budget is all fine and dandy in theory but when the reality of making that party happen hits, it can get tricky. Trouble is that the pressure to put on a super memorable sixth birthday party is full bore. This is when your kids start having meaningful social lives. They have friends from school now. Their network is expanding. They’ve been to other parties. You’ve actually experienced the full gamut of what can be dished out by way of celebration. Birthday parties take on a life of their own and can easily get out of hand financially.

“My six-year-old has been to parties ranging from cake/ice cream/gifts with family and no theme to a bash with mini choo-choo trains, pony rides, and 30 kids,” shares Angela C.

The competition can get fierce. Where I live in Alaska, indoor pool parties at the municipality’s facility are quite the rage for the lower elementary set. Renting the pool for two hours for up to ten kids means saying goodbye to a cool crisp Benjamin Franklin and Alexander Hamilton ($110). Having pizza delivered is also the other standard operating procedure. There goes a Ulysses S. Grant ($50). Add in soda and some decorations such as plastic table cloths, matching cups and plates and you are close to that $200 mark.

I’ve done zoo parties, paintball parties, ice skating parties, laser tag parties and home parties. It really doesn’t matter where the party is. It is going to cost. My experience is similar to that of Nicole B., who states that “Home parties can be just as expensive as outings."

Bottom line: A kid’s birthday party should be like any other event in the life of your family. It should fit within your budget. I have paid the price when I let birthday parties go beyond our means. It isn’t pretty.

So how much should you spend? Take this advice from Diedra M.: “Depends on your finances...set a budget based on what you can afford. Make it nice for them without breaking the bank.”

Little Kids
It Sounds So Easy, but This Tip About Getting Picky Toddlers to Eat Never Occurred to Me
by Maggie Panos 4 days ago 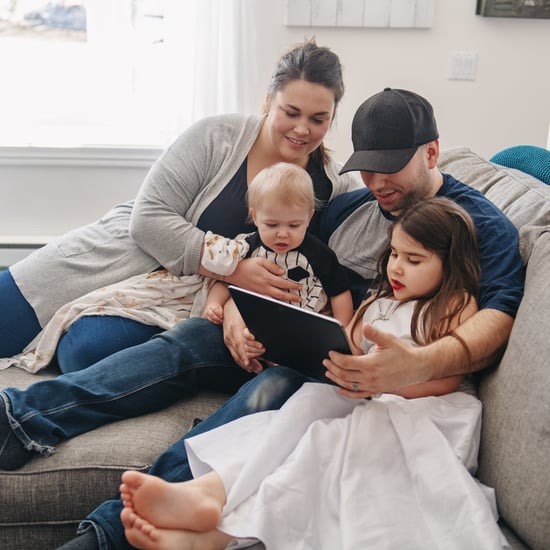 Family Life
The GoTalk Now Lite App Gives a Voice to Children With Autism — and It's Free!
by Leeny Sullivan 6 days ago