Here's a post from our partners at BabyCenter! Every week, we bring you the best parenting and lifestyle stories from the experts at BabyCenter, including this post from Sabrina Garibian about breastfeeding while pregnant. 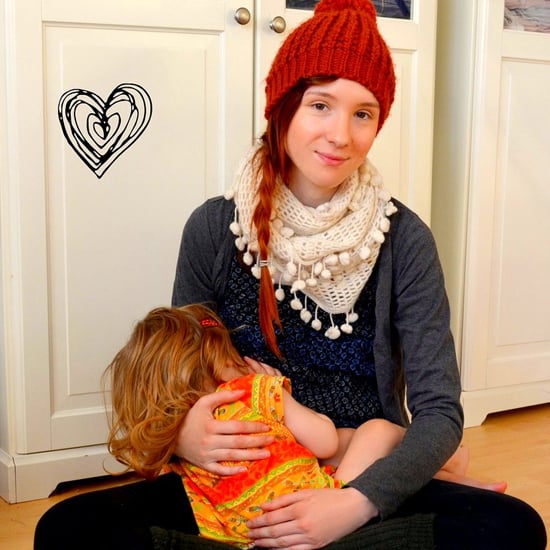 Some of you didn't think it was possible, right? Well it is.

Breastfeeding while pregnant is not something I ever thought I would do. Actually, I didn't even know one could breastfeed while pregnant. When we decided to try for another baby, I knew it would be important to me to continue to breastfeed as long as Raffi wanted and it made sense. I didn't consider two big factors: pain and supply.

The night before I found out we were expecting I had a dream that I was pregnant — just like last time. I woke up, took a test and it had the slightest second line. I was sure I was imagining it just as I was sure I was imagining the pain I experienced when Raffi nursed that day. Yet the next day the second line was darker and the nursing pain was still there. I was pregnant! I am pregnant!

I was worried about others judging me but I continued nursing anyway.

My OB told me to stop immediately, but I felt comfortable that it was safe for me. I didn't want to rush the weaning process at all.

Raffi started nursing up to eight times a day and for long periods at a time. My chest hurt tremendously, and even with the increased nursing sessions my supply didn't keep up. Weaning continued naturally. Even while I was nauseous and exhausted, nursing wasn't difficult while pregnant aside from those two issues. I enjoyed the snuggling and I feared I would miss it when Raffi stopped. It was important to me to wean naturally.

Today I can share that last week was my last nursing session with Raffi. It was bittersweet, as it is for many who wean. I was in no rush to stop breastfeeding, and our weaning process took over two months. Now it's done and the emotions are flooding while the milk is not.

I am thankful I was able to nurse for over a year and throughout my entire first trimester. I'm also thankful that we are done and can bond in other special ways now. Over the last week Raffi has started toddling over and spontaneously giving me giant, cuddly hugs. And I get to eat as much peanut butter as I'd like.

What do you think about breastfeeding during pregnancy?

More great reads from BabyCenter:
31 adorable Halloween costumes for babies
Politician proposes death penalty for unruly children
Jamie Deen on how to get the kids involved in the kitchen
7 steps for creating a photo booth at your next party
The cutest personalized jewelry for moms