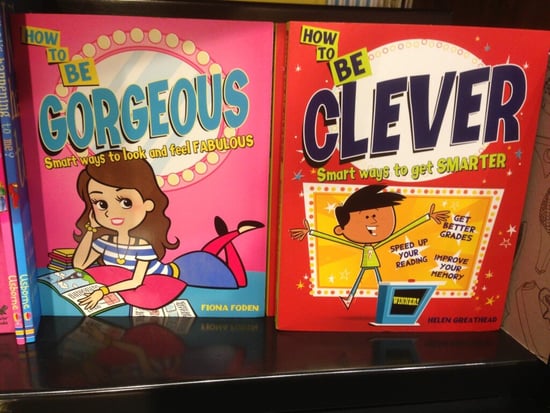 A display of children's books in a London department store has some parents voicing concerns. Krystina Meens, a TV producer in London, recently posted a photo on Twitter of two books she found in the children's book section of Harrod's department store. The first book, titled How to be Gorgeous, features a cartoon image of a girl on the cover. The second book, meanwhile, is called How to be Clever and has a boy on the cover. Meens, who also recently tweeted about another Harrod's product, complains that the book display is sexist.

Source: krystina_marieM on Twitter
The ScoopParenting News
Around The Web

Nostalgia
American Girl Just Released a "Historical" Doll From 1986, So Feel Free to Put in Your Dentures
by Alessia Santoro 4 weeks ago