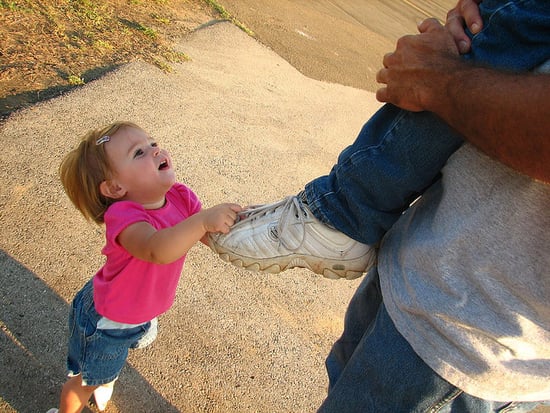 All children need attention, but some need it more than others, and it can be overwhelming to deal with. Here are some tips to make sure your attention-seeking child is getting what he needs, without overtaking the rest of the family.

1. Try to figure out the need behind the behavior.

When your child is seeking your attention, there's a reason why, whether it's logical or not. Maybe your child feels lost in the shuffle of your busy day, or maybe he's jealous of a new sibling. As mom Kristie M. points out, whether or not you think it's true doesn't really matter; if your child feels he's not getting enough attention, he's going to do anything he can to get it.

Most kids also have a pattern to their attention-seeking behavior. Whether it happens every time you're on the phone, when you pay attention to another child, or when your child is denied something he wants, there are probably some clear triggers. Once you identify them, you can work on ways to make those times a little easier for both of you.

Keep reading for more advice on how to cope with a demanding tot!

It's really tempting to say, "Why are you acting this way?" when your child is tugging at you, interrupting, or having a tantrum, but sometimes it's age-appropriate to seek out your attention. For toddlers and young preschoolers, attention-seeking behavior may drive you nuts, but it's normal.

4. Talk to your child about what you're seeing.

Normal or not, it doesn't mean you shouldn't point out the unacceptable behavior. In dealing with her 4-year-old's constant interruptions, mom Lisa B. explained that other people need to finish a conversation before he could have a turn. With an older child, sitting down together during a time when things are calm and saying, "I've been noticing that lately you've been . . ." is a good way to start that conversation.

Keep in mind that to a child, attention is attention, no matter what type it is. It's easy to get sucked into to arguing with your child or reacting to her negative behavior. If what she's doing isn't dangerous or destructive, try to do your best to simply ignore it. If you have to address the behavior, do so with as few words as possible, try to be calm, and step away.

Parenting and guilt frequently come hand in hand. Moms say they feel guilty about all sorts of things when it comes to their children, including not spending enough time with them. Unfortunately, sensing guilt is something kids seem to be really good at. If your attention-seeking child plays on your guilt, be strong. Address the behavior without letting her know she's hit a sore spot.

It may sound like some sort of experiment, but giving your child positive attention and feedback at random times can help reduce his need to seek your attention. Giving him one-on-one attention when he expects it is great, too, but if he gets it unexpectedly, he's more likely to know that he doesn't have to be scheduled into your day.

Some attention-seeking behaviors are just annoying, while others are absolutely unacceptable. Social worker James Lehman of the website Empowering Parents says that if your child's attention-seeking is making her the focus of all the attention in the house, it's time to set some clear boundaries.

He suggests developing a nonverbal cue to let your child know when she's monopolizing attention. He also says when your older child is putting on a behavioral show to get attention, ask her to take the show on the road — usually to another room.

Parenting
This Mom Teaches Her Kids That Virginity Doesn't Exist, and Her Explanation Might Convince You, Too
by Kate Schweitzer 2 days ago

Family Life
I Give In to My Son's Bedtime Demands, and It's Helped Us All Go to Sleep Easier
by Chrissy Bobic 3 days ago