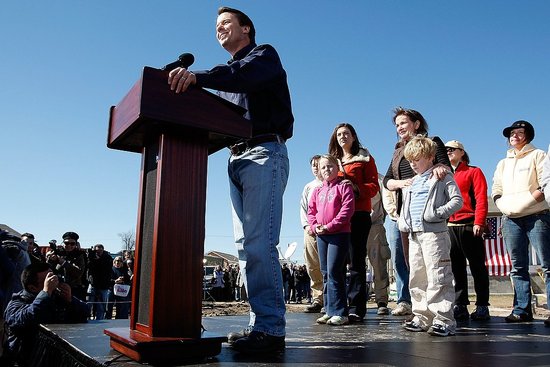 When a family falls apart in the public eye, things tend to unravel quickly. Though Elizabeth Edwards once admitted to creating the image of a father she wanted her children to have, now she doesn't see John Edwards fit to raise their two minors. According to a CBS report, "Elizabeth is looking into whether the couple's 28-year-old daughter, Cate, can assume legal guardianship over their two youngest children, Jack and Emma." The mom of three (the Edwards lost their oldest son, Wade, in a 1996 car accident) is said to be making preparations in case she loses her battle with breast cancer. Do you think Elizabeth's custody wish should be granted, or does John as the dad have a right to raise his 10- and 12-year-old children?

Tweens and Teens
Based on a True Story, Disney+'s New Biopic Clouds Shows the Importance of Living in the Moment
by Murphy Moroney 2 weeks ago