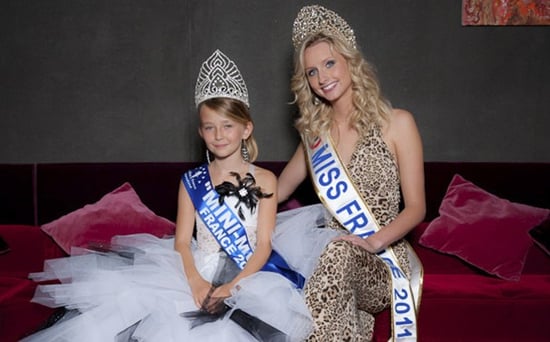 France's Senate has approved a measure to ban beauty pageants for any child under age 13 "to protect girls from being sexualized," Yahoo reports. Those who violate the ban and enter a child into a contest can face up to two years in prison and 30,000 euros in fines. Childhood pageants, in which girls are often heavily made up, are more common in the United States than in France. Nevertheless, lawmaker Chantal Jouanno authored the amendment to protect girls from being the object of hypersexualization and prematurely forcing them into roles of seduction that harm their development, she says. "When I asked an organizer why there were no mini-boy contests, I heard him respond that boys would not lower themselves like that," she says. The legislation now goes to the lower house of parliament. Do you think child beauty pageants should be banned in the US?