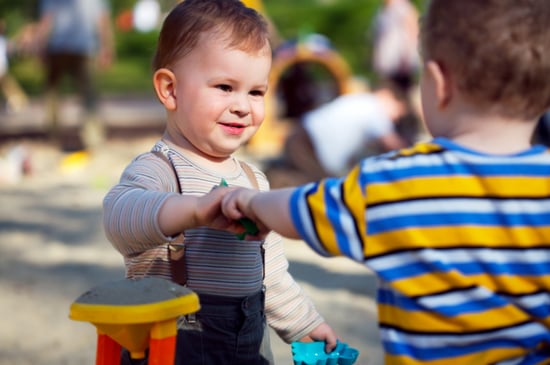 Hot parenting styles are all the rage, with parents trying their hand at everything from Tiger Mom style to the French parenting approach. For those who find themselves becoming helicopter moms and yearning to be more free-range, Resources For Infant Educarers, or RIE, offers deprogramming-like classes to teach parents how to take a more hands-off approach to parenting.

In this week's New York magazine, Dwyer Gunn writes about her experiences during one such "underparenting course." During the class, parents sit and observe as a group of toddlers play before them. When parents try to intervene or direct their children, instructors step in to guide the parents in the movement's philosophy. Gunn found the exercise to be both scary and rewarding. She notes:

The movement — which counts celeb parents like Tobey Maguire, Helen Hunt, Jamie Lee Curtis, Jason Alexander, and Felicity Huffman as followers — most certainly isn't for the faint of heart. Do you think you could follow it?