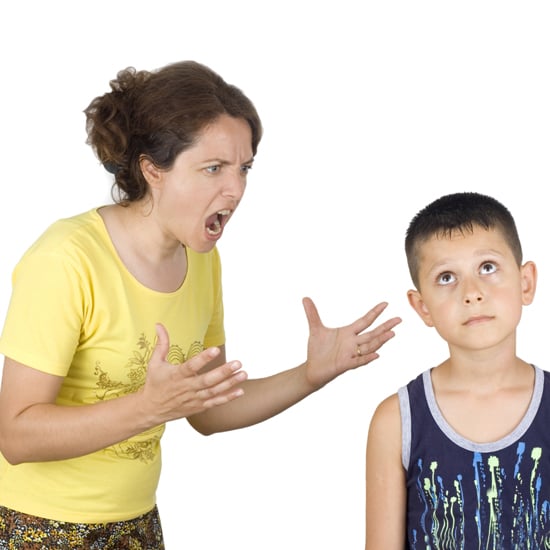 A few weeks ago I wrote an article called The Common Discipline Mistakes Moms Make (and Regret). When the article was shared on the Circle of Moms Facebook page, there was some interesting feedback that I could so easily relate to as one of the mistake-making moms I was writing about.

One mom wanted to hear about the things parents are doing right. Another mom suggested it would be helpful to provide some answers about how to fix the discipline mistakes we are making.

Both comments really hit home. After all, we help our kids feel good about themselves by telling them what they are doing well, and if they are making mistakes, we give them strategies to help fix them. Don't moms deserve the same?

With that in mind, Circle of Moms members chime in to help us all learn to fix some of these common discipline mistakes.

The Fix For Disciplining For Normal Kid Behavior

Although Kelly R. complained that her 9-year-old son's strange sounds and rambunctious behavior were irritating, she also came to the realization that "he acts like . . . well . . . a 9-year-old."

Moms say three factors in fixing this discipline mistake are knowing kids don't come with an automatic understanding of what behaviors are appropriate in which situations, they don't always have the maturity to control themselves, and you need to use age-appropriate discipline.

Grandmother Kat points out that it's important to give kids verbal cues letting them know when their behavior isn't appropriate and to provide them with more socially acceptable alternatives. Mom Angie K. says as her kids got older, she could eventually use a "code word" in public to let them know their behavior was inappropriate.

The Fix For Yelling and Screaming

Unlike mom Bobbi P., who says yelling seems natural to her, I'm not a yeller, but I understand the impulse because I'd really like to yell more than I do. In over a decade-and-a-half of parenting, I've learned that getting very quiet is sometimes more effective than amping up the volume.

It doesn't come easily, though. I frequently take Circle of Moms member Dora W.'s advice to "take a deep breath right before you are about to yell at them." If that doesn't work, I take Alison L.'s advice to take a step away to regroup. And, if I end up yelling, well, it's not the end of the world. I just try to apologize for not speaking calmly, and we can all move on.

The Fix For Inconsistency and Not Following Through

Sometimes it seems so much easier to give your child "just one more chance" or to lift a consequence when they're following the rules again, but as mom Carla A. explains, staying consistent in your actions lets your child know you are in charge and they are accountable for what they have (or haven't) done.

The Fix For Thinking Discipline and Punishment Are Interchangeable

One of the things that seems to trip moms up when it comes to making this distinction is thinking that if you look at discipline and punishment as separate things, then you can't provide consequences for your child's actions.

Circle of Moms member Tricia L. points out that discipline is "teaching and re-teaching the appropriate behaviors in a wide variety of nuanced situations," while Carrie B. explains that punishment often is a penalty or restriction that aims to deter but isn't directly related to the behavior at hand.

Once you keep in mind your goal is to redirect, teach, and connect consequences to specific behaviors, it becomes clearer. If your child is throwing a toy, taking the toy away isn't a punishment; it's discipline teaching the direct consequences of their actions. Grounding a teenager from going out one night for breaking curfew the night before is also discipline.