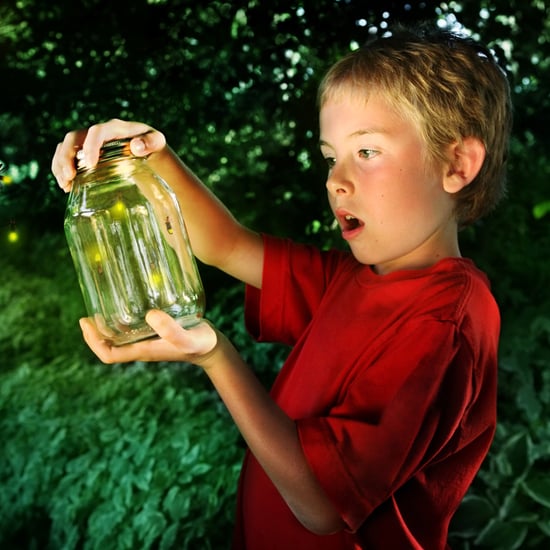 Yippee, it's Summer! I grew up when it was normal for herds of kids to simply roam the neighborhoods. Fun meant lemonade stands, long walks to get candy, and riding bikes all day long. Rules were almost nonexistent during Summer months, but that was then, and this is now.

Each June, parents begin to wonder, as Circle of Moms member Sara C. J. does, how does everyone else keep their kids busy and safe all Summer?

I'm a firm believer in lazy Summer days — as long as there are a few things to keep kids active and involved. I also believe that Summer affords us a chance to experiment with family rules more easily, to see what's working and what's not. During the school year, time is too regimented to make these kinds of changes; we're focused on keeping order to keep things moving. But Summer is a good time to introduce some changes; compared to when the school year started, your child is now older and more mature and may even have different friends. And whether parents like it or not, kids tend to branch out and take more liberties during the Summer months anyway. Why not get ahead of the curve by refreshing the rules?

Consider a picnic/family meeting to get everyone's input on what's liked and disliked about the rules in your house. You'd be amazed at how willing kids are to follow the rules if they help create them and think they're fair.

Here are some areas to consider covering in your discussion:

Instead of needing to be "the enforcer" all Summer, be proactive and list the umbrella rules in your house. Umbrella rules are broad ones that encompass all the little details that fall under one major topic. A good example is "Be kind." Being kind means you have treat siblings, family, and guests respectfully, but it also means you have to treat the sofa and animals respectfully as well. "Be kind" could also cover how many kids are allowed in your house at one time and whether or not they're allowed to raid the refrigerator.

For younger kids, it helps to state what happens if the rules are broken. This also allows you to be responsive and simply point to the consequence, instead of reacting and trying to think on the fly.

I think all parents feel the same way; daily chores are opportunities to learn and help around the house. That being said, the urge to go out and play can cause chores to be postponed or go undone. Why not create an air of fun regarding chores — something that's hard to do during the school year?

Let the kids get up, get dressed, and then, just like musical chairs, turn on the music! At the family meeting, have them choose two songs that send the message: it's time for chores. Two songs will provide about 10 minutes of motivation to get things done quickly, so they can go out and play!

3. Rules For Dealing With Boredom

Have the kids create a "bored jar" listing of all the fun things they can do instead bugging you, playing videos, or watching TV. (My Pinterest board Fun Activities For Kids is filled with great ideas), and my next article will feature many ideas to prevent boredom.)

You may also want to talk with your kids about screen-time limits and consider having them earn their screen time by playing outside. For example, 30 minutes of being outside earns 10 minutes of video time. (For more ideas, read 8 Limits That Make Video Games Good For Your Kids.)

It's hard to go to bed when the sun's still up! I grew up on the East Coast, where Summer evenings are filled with lightening bugs. My mom used the appearance of the magical bugs as nature's way of telling us that it was time to come inside. By the time I had kids, I lived on the West Coast, where we used the sun as nature's way to tell the kids that it was time to come in. The idea was not to end playtime, just to start to ramp down and to introduce the concept of a curfew, which came in very handy in later years.

Finally, once the rules are all set, create a contract for all family members to sign. A contract allows you to respond, not react, if a rule is not adhered to — so you, as well as your kids, can have a fun and relaxing Summer!

Dua Lipa
This Grandpa Got Dua Lipa Concert Tickets For His 80th Birthday, and His Reaction Is Pure Gold
by Yerin Kim 10/25