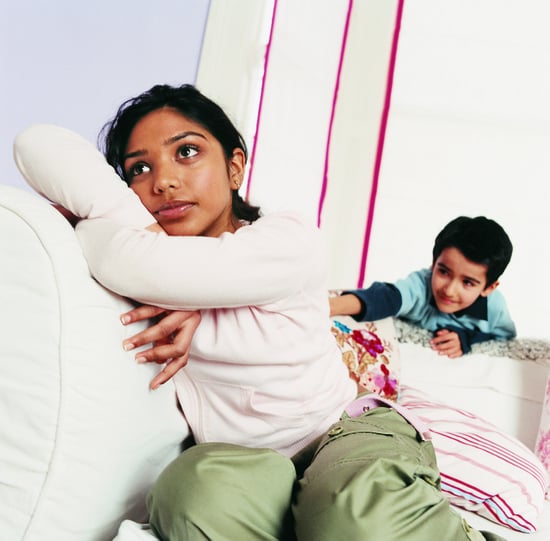 I was 12 years old when I was given the biggest assignment in my life: take care of my sister at school. My older sister has a learning disability, so back in the ’80s when there were fewer resources for children with special needs, my parents held my sister back one grade so we could attend public middle school at the same time. Simultaneously, they assigned me to be her protector.

It didn’t seem like that big of a deal at the time. Mostly I was charged with making sure that she got to her homeroom on time, that she was doing OK socially, that other kids weren’t teasing her during lunch or recess, and that we got off of the city bus at the correct stop together on our way home. I also don’t question my parents’ thought process in assigning me such an immense responsibility. If you, as a parent, had to be away from your child for eight hours each day, wouldn't you want someone you trust to help look out for her?

In hindsight, however, I suspect that being asked to concern myself with my sister’s whereabouts for several hours each week has made me the worrier that I am today. This leads me to wonder: Is it fair for a parent to ask their teen or tween to take care of a younger sibling? Circle of Moms member Sal G. has similar concerns, questioning how much parents should rely on older kids to help out, while admitting that she asks her teenage son to do things for her two preschoolers. She asks more bluntly, "should older siblings be unpaid childcare?" Keep reading for five points to consider.

1. Some Helping Out Is Normal

Most Circle of Moms members say it’s perfectly acceptable to ask teens or tweens to help out with their younger siblings. Helping is nearly unavoidable in large families, moms like Tara K. point out. "In [large] families, mine included, the older sib[lings] are expected to help with the younger ones," she says. While her older children are not expected to change diapers, enforce nap times, or help with feedings, they are expected to pick someone up who is hurt or upset, help with reading, and help around the house.

"[There's] nothing wrong with expecting children to help out around the home, [including] making one of their chores helping with a younger sibling," Lady H. agrees. However, she notes that the help "shouldn't be so much that they are essentially acting as another parent, and I don't think I would ever get myself into a situation where I needed my teen to help me look after my other kids at all times."

If you’re questioning whether to ask your teen or tween to babysit his younger sibling, Circle of Moms members recommend you familiarize yourself with the laws in your area. In many states, there are no laws regarding the age at which a child can be left home unattended. Instead, it all depends on how responsible the child is, Tiffany L. says.

However, in the minimum age requirement is 13 years old, depending on maturity level, Lori M. says. "You really should find out what your state laws are pertaining to the subject matter," she says. Then, even if your child meets the minimum age requirement to be a babysitter, you also should assess her maturity level and responsiveness in situations, such as what to do in an emergency and how to do basic first aid.

Jenni recalls when her younger sister turned 12, the legal babysitting age in Canada, and took a babysitting course in which she learned proper first aid, CPR, routine babysitting chores, and a little bit about infant development and emotions. Still, she still wasn’t as prepared to take care of their younger brother as her parents thought she was.

"My sister is three years younger than me but has always been considered the mature one — always good in school, stayed home on Saturday nights, never drank or smoke, always well-behaved, you get the picture,” Jenni says. "Well one time my sister was left in charge, I was off in my room and I could hear her and her friend who was over laughing hysterical in the laundry room, which was next to my room. (She was probably 12 or 13 and I was 15 or 16 at the time). So I go to investigate . . . I found her and her friend putting my brother through the electric dryer!" So although Jenni says her sister was responsible and mature for her age, she cautions that "she was still just a child herself and didn't realize what she was doing could have resulted in my brother being seriously injured."

3. When Responsibility Becomes a Burden

Teenage babysitting can be fun and a good afterschool job opportunity for some. Charlie P., for example, says she loved babysitting her younger sister and having that responsibility. "It gave me pride and the extra confidence that I used when I got my first job as a teacher."  However, when teens or tweens are asked to babysit a younger sibling, the task can quickly turn into an unwanted burden, some Circle of Moms caution.

Mom Mary N., for instance, describes a friend who is the oldest of 10 children. "She did have a fair amount of responsibility when it came to helping out with her younger siblings, but it wasn't as if she was constantly forbidden from doing normal teen-aged stuff due to being needed at home. She still played sports, went out on weekends, and she did go away to college," she says. Nevertheless, Mary recognizes that her friend was eager to go away to college and be free of any childcare responsibilities. "I do find it interesting that, at 40, she is both single and childless — by choice," she adds.

Similarly, Sarah M. recalls being asked to watch her younger sister every Friday night. "I was really upset about it and still feel sore about it today. So I will not be doing that to my daughter." Amber N. says several of her friends that had younger siblings were not able to participate in all of the activities that other teens could, like going to the movies, skating rink, and dances because they were already preoccupied with changing diapers, helping potty train, reading bedtime stories, and checking homework. "It really upset me when one of my best friends had to cancel her ‘date’ to the 8th grade dance because her parents bought tickets to a play and she had to babysit," she says, noting that she prefers her children to have time to be just kids. "They can be parents when they grow up . . . if they want."

4. How to Strike a Balance

If you decide to ask your teen or tween to help with childcare, then by all means make it rewarding — and let them have fun with their friends too, Circle of Moms members advise. Jodi, for instance, says her 19-year-old helps babysit her younger siblings frequently, but it isn’t expected all the time, she says, adding that she and her husband also gave their daughter a monetary gift to go toward the purchase of her first car because of how much she has done for them.

"Like everything in life and parenting, it’s about balance," Tara K. says. Amie T. agrees, noting that even though her 11-year-old helps out with her younger sisters and brothers, it’s important for her to maintain her childhood and she deserves to have fun. In fact, although Amie and her husband assign chores to all of their children, they recognize that it's not their children’s responsibility to manage each other and the home; "It’s mine and my husband's. If we couldn’t handle it, we wouldn’t have had so many kids," she says.

There’s a difference between having them help you by grabbing a diaper and making them responsible for the daily care. There is also a difference between requiring it and them giving their help freely," Amber N. says. So if you start to question whether you’re burdening your teen/tween with the responsibility of caring for their younger sibling, then point-blank ask your child how they feel about it, Sarah M. and Rebecca T. say.

"Speak to your teen and make sure it is not getting too overwhelming. If you start to notice you’re your teen is spending more time than you caring for your infant, it might be time to change some things. Too much responsibility put on one teen can be hard," Rebecca says. Your teen's feelings might also change over time. "Remember as he gets older to keep asking how he feels about it," Sarah adds.

By my recollection, my parents never asked my thoughts on how I felt about watching out for my sister, nor did they give me a choice in the matter. Yet I never felt so over-burdened about watching out for my sister that I didn’t have time to spend with my own friends. I did typical teenage activities, and sometimes she accompanied my friends and me, too. I probably would have preferred to have less responsibility at the time, yet I’m thankful that my sister and I have a close bond, even to today. My overall take? When asking your teen or tween to help with childcare of another sibling, you should proceed in the same manner as you would when asking them to take on any other adult-like responsibility — gradually.

Timothée Chalamet
No, Timothée and Pauline Chalamet Aren't Twins, but These Snaps May Make You Think Otherwise
by Naledi Ushe 6 days ago