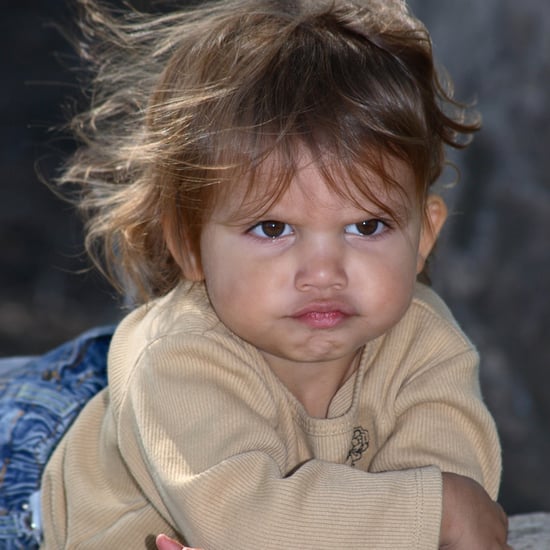 When I think about my kids as babies I remember their sweet faces, wonderful smells, tiny fingers, and really long legs. When I think about them as two-year-olds, I remember tiny bodies, big eyes, and easy going natures. . . that is until they started to say 'no' to me. That was the moment when the metamorphosis from Dr. Jekyl to Mr. Hyde began — a developmental shift that other Circle of Moms members, including Gretchen L. and Emily W., are also noticing with their little ones.

Find out what the change really means.

Now, to be fair (and especially since my adult children read my work sometimes), my kids didn’t really have a lot of tantrums. But those tantrums were loud, outdone only by the collapsing of their tiny bodies into wiggly messes on the ground, and by their newfound love for the word 'no.'

I became fascinated with two little people who would stand there righteously and command me to stop doing whatever it was I was doing. They were short, yet had the temperaments, determination and courage to look up at me and scream "NO!" I knew that as they got older I would require compliance, but I also wanted them to hold onto that perseverance. How could I attain both? Here’s what I learned.

The Hidden Meaning of Toddler Defiance

Two-year-olds are developmentally compelled to say no to everything. They do this to learn where it's appropriate and where it’s not. Once a child sees his parent’s big reaction to his 'no' it becomes a favorite form of expression, at least for a while.  But that’s not the only reason two-year-olds like to defy their parents.

When my two little ones screamed "NO!" it was as if they were trying to communicate something to me other than a refusal to comply with my request. Upon further research I came to find out that was exactly what they were doing.

A two-year-old's physical development activates auditory, spatial and vestibular systems growth. That physical growth can also interfere with the ability to comply to your requests. Sometimes the 'no' you receive from your child is not an act of deliberate disrespect, non-compliance, or misbehavior. Sometimes it is the only way your two-year-old can express what's actually going on inside him. It's his way of saying, “Mom, I’m only capable of hearing and acting on one thing at a time. I need your long requests to stop so I can fully process each component, one at a time, especially when I’m emotional.”

How to Get Compliance Instead of Defiance

Since no parent can change development, the solution is to break your requests into separate and distinct parts so that your toddler can understand and comply with each part of your command versus the entire request. Here’s what it sounds like.

Old way: Come here and give that to me, we don’t hit with toys, you’re in timeout, go over there and sit for two minutes.

(Note that there are six distinct bits of instruction all in one sentence.)

New way: Come here. Put the toy in my hand. No hitting with toys. You need to hug sissy. Do you want a hug too?

A two-year-old is still very much a baby. He doesn’t understand subtleties of language and action. He screams 'NO!' hoping you will explain each individual part of a situation so he can understand more about it. For example, when we tell a two-year-old that it’s okay to throw a ball outside but not inside he doesn’t quite understand the distinction. He throws the ball inside again so that he can learn more.

Should You Try a Timeout?

Timeout is also something that doesn’t work well for twos. To a two-year-old, old a timeout simply means I’m being sent away from mom. Since that’s so emotional for him, no matter what you explain or what he agrees to, he doesn’t actually learn anything about why he’s in timeout. He just wants to be reconnected with mom.

Two-year-olds really are terrific, especially when you know what they’re really trying to say!

Little Kids
Your Little Ones Will Adore These Top 20 Toys on Amazon, All on Sale For Black Friday
by Anvita Reddy 2 days ago

Little Kids
If Your Kid Has a Fear of Needles, Listen to This Pediatrician's Advice For Their Upcoming Vaccines
by Kate Schweitzer 3 weeks ago