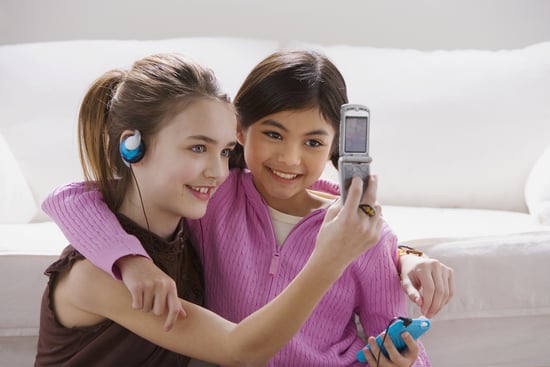 When our oldest child got her first cell phone in middle school, we made sure there were some rules in place for use, but we didn't put a formal parent-child cell phone contract into place. One month later, we were facing a huge bill for text messages and our tween was always tired from being up late at night. That's when we decided a cell phone contract was necessary.

When handing a cell phone over to your tween, there are several questions to consider. In fact, the answers to the questions can be the basis of your cell phone agreement with your tween.

1. Why do you want your child to have a cell phone?

When our first tween got a cell phone, it was because she had to walk nearly a mile to and from her new middle school and we wanted her to have a way to reach out for help if she needed it. Like mom Angela B, we felt it was an easy way for us to get in touch with her, too.

Our tween wasn't on the same page; she thought the phone was there for her convenience. Laying down ground rules in an agreement — such as she was required to pick up when a parent called — clarified that.

2. Where will her phone be during homework time?

A cell phone is a big distraction, even if your child isn't actively using it. The texts and calls coming in from friends can be too tempting to ignore. In Kathleen K.'s family, her teens are required to hand over their cell phones during homework time. It's a great idea that our family has adopted, too.

3. Are there certain people she can or cannot use her phone to contact?

One of the tough things about giving your tween a phone is the feeling that you have no control over who he talks to. But it doesn't have to be that way. Whether or not you have a cell phone agreement with your tween, it's a good idea to take advantage of the parental controls. It doesn't have to be sneaky, either. Sit down with your child and his phone, go through the numbers together so you know who is who, show him who you're going to block or allow, and explain why.

4. What restrictions do you have on her phone, text, and data use?

Many parents, like Angela B., recommend you start your child off with a "pay as you go" plan, to which she contributes with chores and allowance. Sometimes, though, a family plan is the cheaper way to go, so you'll need to sit down and talk to your child about how many minutes, texts, and data she has allotted for each month. With a cell phone agreement, these can be clearly spelled out, as well as a plan as to how she will be keeping track of her use.

5. What happens if a phone gets lost, broken, or stolen?

A stolen, broken, or lost phone is a tricky area for parents. If you want your tween to have a phone but you also want him to be responsible for it, you need to work something out between you about who is responsible for the charges incurred for replacing or repairing a phone.

I recently attended a U.S. Cellular Better Moments workshop in which one mom said her son was so afraid to tell her he broke his phone that he lied and said it was stolen. She promptly put a cell phone agreement into place that outlined the expectations and responsibilities regarding not only his phone, but also that he needed to tell her immediately if something happened to it!

And the last, most important question to ask is:

6. What will happen if your child doesn't follow the rules of having a cell phone?

You may know what's going to happen, whether it's taking the phone away completely, restricting call hours, or whether you'll do what Quanda F. did and put the phone on "seasonal standby," but your child may not. Hammering out that cell phone agreement and making sure you and your child both sign it can close the loophole that is opened when your tween says, "But you never told me . . ."

Little Kids
It Sounds So Easy, but This Tip About Getting Picky Toddlers to Eat Never Occurred to Me
by Maggie Panos 20 hours ago