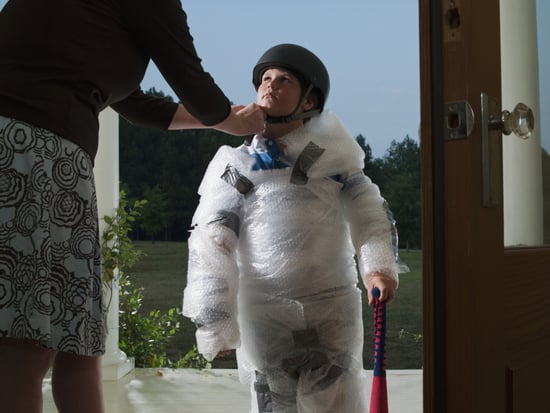 Forget Nanny 911, there's a new parenting sheriff in town, and her name is Lenore Skenazy. Readers may remember her as the famous or infamous — depending on which parenting circles you run in — New York columnist who was dubbed the "world's worst mother" for allowing her 9-year-old son to ride the subway solo in 2008. Instead of backpedaling and trying to save face in front of all those haters, Skenazy turned her adventure in parenting infamy into a whole movement, known as Free-Range Parenting, in direct opposition to the Helicopter Mom phenomenon.

Skenazy is now the host of a new reality series, Bubble Wrap Kids, where she attempts to "unwrap" a generation of tots being protected to the point of suffocation by their well-meaning, way overprotective parents. The first episode finds Skenazy counseling an extremely anxious mother of a 10-year-old boy who isn't permitted to skate, ride a bicycle, eat bacon, go to camp, or use a knife. Currently, the show is being produced in Canada, but if an American version shows up, will you watch?