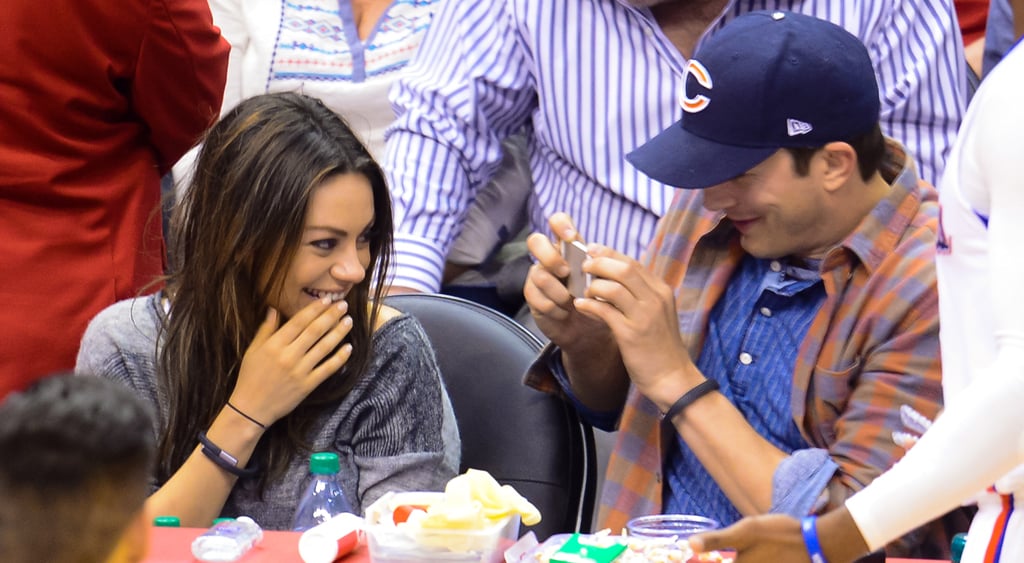 Mila Kunis and Ashton Kutcher are going to be parents! According to reports, Mila is pregnant with the couple's first child. Their big news emerged late Sunday, one day after the couple shared a passionate kiss at the LA Clippers game. Just last month, Mila and Ashton grabbed headlines with their engagement. Ever since, Mila has been wearing a diamond sparkler on her left ring finger. We also got a first look at Mila's baby bump when she and Ashton stepped out in LA on Saturday.

Ashton and Mila first gave us a glimpse of their chemistry when That '70s Show premiered in 1998. The two soon became household names for their lovable portrayals of Kelso and Jackie. As it turns out, Kelso and Jackie's love story really came true. Congratulations, Mila and Ashton!