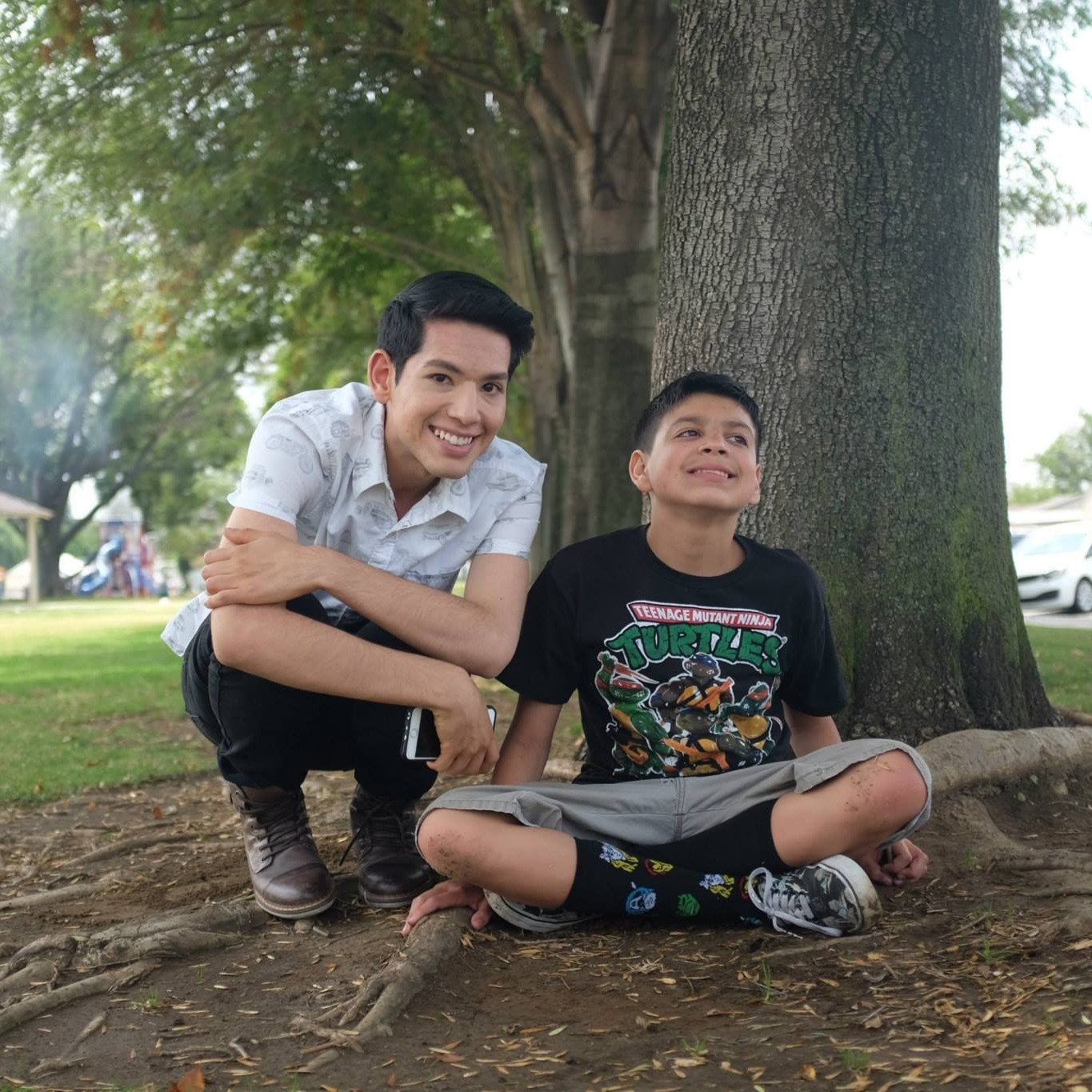 My brother Ethan was diagnosed with autism as a toddler. At the time, my family had no real understanding of what autism is or how it would affect our dynamic. But over the past 13 years since Ethan's diagnosis, we've learned so much, both from him and from other families like ours. Most importantly, we've learned how to overcome obstacles together and find a new appreciation for life. It may not have been the life we expected, but we learned to embrace our new normal, which turned out to be pretty amazing.

While we know a lot about autism now, many people still aren't very familiar. They see it portrayed on TV shows and in movies and have opinions about what it means — both for the individual and the family — which only adds to the judgments people may have. As we navigated (and continue to navigate) through this journey, I've learned that talking to people in an open and honest way is the best way to eliminate any stigma surrounding autism. Here are the five biggest misconceptions about kids with autism.

Related:
5 Things You Shouldn't Say to Parents of a Child With Autism

1. All Individuals With Autism Are Like What You See on TV and in Movies

There's a saying in the autism community: "If you've met one child with autism, you've only met one child with autism." Each person is so uniquely different and shouldn't be shaped by a stereotype. The Good Doctor, for example, showcases an individual with autism as a genius, so all individuals with autism must be a savant, right? Though it's true that many individuals with autism (primarily those on the higher end of the spectrum) can thrive academically and lead a fairly independent life, there are also individuals like my brother. My brother has some language, is getting better at being independent, and can verbalize his wants and needs, but as far as a future of living on his own? That's still very uncertain for him.

You might think the diagnosis would be a unifying factor, but in actuality, there's a whole spectrum of individuals with their own unique needs. Autism affects each child differently, and those differences need to be acknowledged and supported equally.

2. Autism Is a Dead-End Diagnosis

Just because autism may come with many challenges doesn't mean the capabilities of an individual with autism are necessarily limited. I've heard many stories from other families about receiving the diagnosis and learning their child may never be independent or able to have a conversation, only for that person to defy those expectations.

There are so many new treatments and therapies available now. We went through our own trial and error with my brother, from traditional therapies to functional medicine. The combo of the two has really helped him exceed what we were once told he would only be capable of. He follows a gluten-free, dairy-free diet, has a solid vitamin and supplement regimen, has a structured schedule with school and therapy, and has an excellent team around him helping him continue to reach his full potential. It will take a lot of work, but no, autism is not a dead-end diagnosis. Ethan is living proof of that.

3. Autism Is a Mental Disability

Autism is 1.) not a disability, because these kids are capable of so much more than we realize, and 2.) not simply mental, because it comes with so many other conditions that affect other parts of the body. After working with my brother's doctor, we found that he had an impaired digestive system, which is why a gluten-free diet is so imperative and has helped combat so many of his overactive behaviors. We discovered he had a weakened immune system, which is why supplements were so beneficial. His sensory perception was off, which explained why he would act out. His body wasn't properly detoxifying itself the way it's designed to, which made it difficult for him to focus.

When we worked on each of these issues and addressed them individually, he began to focus, say words, and express his feelings; he started to become the Ethan I knew was in there all along. But it wouldn't have happened if we didn't first address those impairments to help him feel confident in his own skin and lift the fog he was in. Autism is so much more of a complex disorder than just a mental or behavioral condition.

Like I mentioned above, autism is very medical and not solely behavioral. I can't tell you how many times we've been in the market while my brother has a tantrum, only to be surrounded by judgmental looks from other families. I've overheard other parents say that all my brother needs is a good "spanking" or stricter discipline.

Ethan may be having a fit, but it is probably because his stomach hurts and he's frustrated because he doesn't know how to verbalize that. Or the market is too busy and all the noise is too much for him to handle. He's not a bad kid. He's just having a bad reaction to his surroundings. I promise, a little compassion goes a long way! Try it.

When I meet people and they realize that we're an "autism family," they only see autism, as if that's all our lives revolve around. And they're not entirely wrong, but they're also not entirely right, either. When I do look at my mother, she truly is a "mommy warrior." When I look at my siblings, they really are rock stars. We may be an "autism family" that goes to the awareness walks and follows a gluten-free diet, but we're so much more than that.

My mom is an advocate in her community. She's also a huge wine snob and lover of all things art. My brother EJ is a great athlete and super smart with technology. Ethan is a total goofball and loves animals. And me? Well, I'm really funny (I swear)! When you break down our lives, we're not just my brother's diagnosis. We're your average family with a unique set of circumstances, not that different from your own.