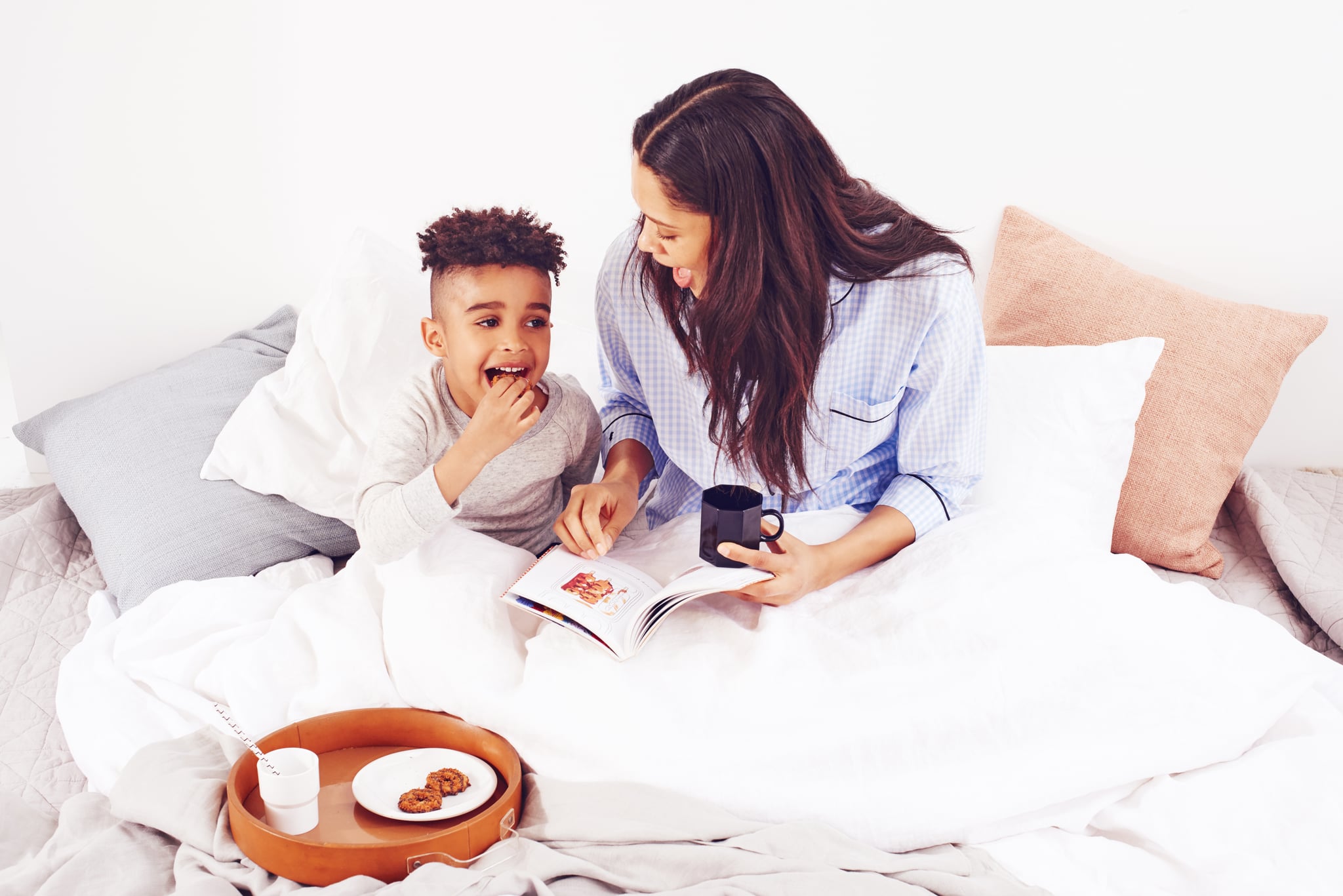 I barely remember it. The moment shimmers on the fringe of my memory like a mirage on the horizon. My infant son — my first baby — crying for hours on end, fighting sleep until his tiny body was too exhausted to struggle, until he threw up and passed out on my shoulder. I remember the sick feeling of helplessness and desperation and exhaustion threatening my sanity and the absolute certainty that somehow this was all my fault.

After all, babies are born as pure, innocent blank slates that we shape into the people they will eventually become. Right? This was what I always thought it meant to be a parent, and yet, somehow, without meaning to or even understanding what I had done, I'd made my 2-month-old baby so miserable that he hated the world, hated me, and hated his life.

I'd barely healed from his birth and already I'd broken him.

Fast forward to five years later and I have two other children: a toddler boy and a new baby girl. Life is pure, unadulterated chaos. I read stories to the toddler while nursing the baby and the 5-year-old yells from the toilet because he needs his butt wiped. Someone is nearly always crying, and far too frequently that someone is me. Life is hard, but even through the haze of sleep deprivation and the reality of three children under 6, I know that something is different.

My two younger children are different.

Related:
How Having a (Much) Younger Sibling Changed My Life

From the days they were born, life was just easier for them than it was for their older brother. They smiled freely and openly, greeted others with warmth and curiosity instead of fear or ambivalence, and they laughed with the type of childish abandon that I'd expected when I became a mom all those years ago. The first time my middle son reached for me to pick him up, wrapped himself around me just to be close to me and woke up in the morning with a smile on his face, I was certain he'd been possessed by some kind of pod person. Why wasn't he crying? Why wasn't he miserable?

Over the next couple years of our lives I started to realize that though my three children looked alike, inside they were very different people. I suppose that's something that everyone knows on a clichéd level, but it took me six years to truly understand the fact that they were always going to be different no matter what I did. It's my job to parent them, to guide them, to try and teach them control and respect and values, but I am not building them from scratch.

I didn't give my oldest child colic, anxiety, or his short fuse any more than I gave him his instinct for mathematics, his exceptional memory, or his desire for order and structure. That was always who he was from the day he was born. Red-faced and squalling, my son came into the world with certain gifts and certain disadvantages and it was never my role to change them. Only to love him.

I didn't break him back then, but worrying that I had almost broke me.

Related:
Things I Am Scared of Now That I'm a Parent

I'm still amazed from time to time when it continues to be my oldest child who throws the loudest temper tantrums, struggles to hold still in the car, and battles every day with his tendency to get overwhelmed by the world. The younger two seem to coast through life by comparison, like the sun shines only for them while my oldest son sits under a constant cloud of doubt and needs me to shine a light for him to see his way. But I've finally accepted that this is beyond my control.

I've raised three beautiful children, loved them all with the same devotion and ferocity, given them all the same opportunities, and dreamed with the same optimism about what their lives will eventually look like. But they are not the same people and they never will be, so I cannot always be the same parent for each of them. There's no magic parenting philosophy that is going to appeal to each of my children's unique personalities.

My oldest son has always needed firm boundaries but a gentle hand, while my middle son approaches life with jokes and laughter but sometimes needs time to come around to new ideas; and my daughter is the social butterfly — the life of the party — but she will probably always need to be reminded that other people need their personal space and a little bit of quiet time.

I am the constant force in their lives, but they will continue to change and grow and adapt to the world in their own unique ways. I do not have control over their personalities, but I am lucky enough to get to help them find ways to flourish in the world because of them. There are hours of sleep and years of worry from when my oldest son was young that I will never get back, but if I hadn't had him — hadn't loved him so intensely even when I kind of hated him — it might have taken me longer to realize just how lucky I am to get to know three such different people.

Without him, I might have spent too long focusing on how to shape my children and less on how to just enjoy them, and that would have been worse than all the hours I spent dancing my son to sleep in the middle of the night, begging him to nurse when he refused, or enforcing endless time-outs when he raged. I didn't break him, and I like to think he helped keep me together.

Simone Biles
No, Simone Biles and the US Gymnastics Team Didn't "Settle" For Silver — They Won It
by Maggie Ryan 4 days ago

Gossip Girl
The Gossip Girl Reboot Has a More Diverse Cast, but It Still Lacks Representation
by Charlene Masona 4 days ago