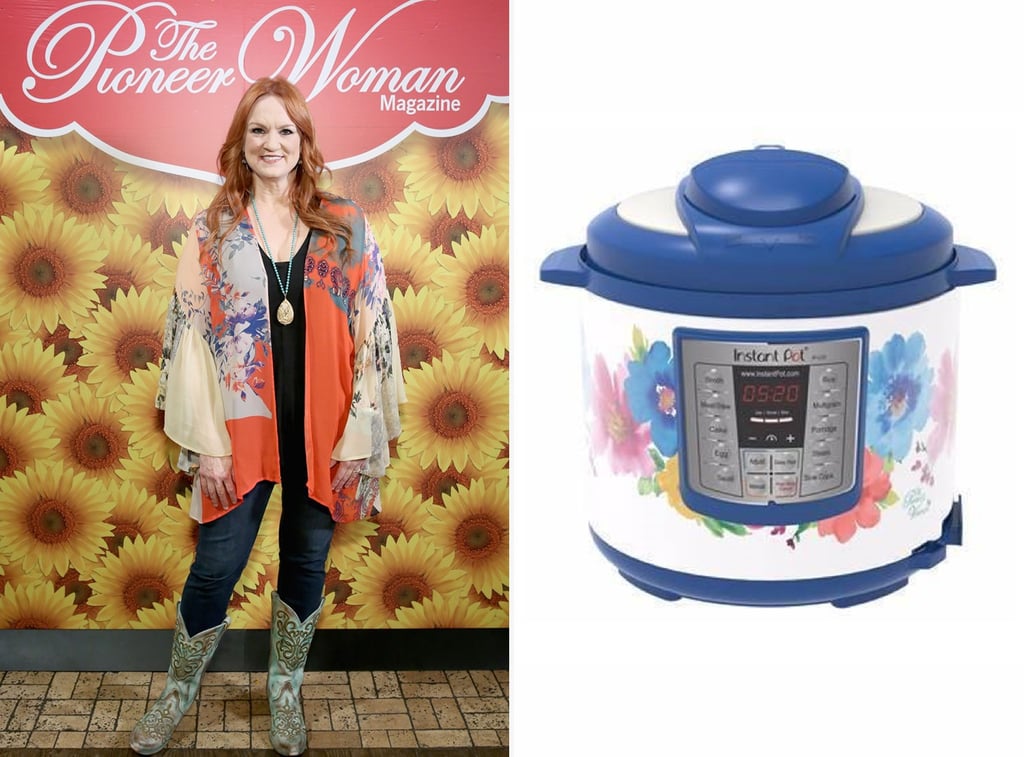 Just When You Thought You Couldn't Love the Instant Pot More, Ree Drummond Designed Her Own

Ree Drummond never thought she'd be on board with the Instant Pot craze — until she got one. And now she loves the cooking tool so much that she's released her very own Pioneer Woman Instant Pot that's available exclusively at Walmart beginning on Sept. 15. "I received one as a birthday gift last January from my good friend who had fallen in love with hers," Ree told POPSUGAR ahead of the launch.

"I was a little resistant to jump into the Instant Pot world because I like my Dutch oven and I don't like to get a lot of new electronic kitchen equipment. But once I started using it, and I'm sure everybody who has used an Instant Pot has this moment where they're like, 'I had no idea life could be this way!'" Fully cooked chicken in eight minutes? The Instant Pot really does work wonders.

The Pioneer Woman Instant Pot ($99) comes in two vintage floral prints, a nod to Ree's signature style that you'll recognize in her other kitchenware products, too. "The more I started using it, the more I realized this wasn't going anywhere," Ree said. "So naturally, I thought, wouldn't it be great if this had my signature florals on it?" Small-space dwellers, rejoice — this isn't a piece of cooking equipment you'll want to put away. The bright, charming design will make you excited to display the Instant Pot on your counter, which will look cute and encourage frequent use.

If you haven't figured out what you can make in an Instant Pot — which, for the record, is pretty much everything — the Pioneer Woman can help inspire you with the recipe booklet that comes with each purchase; it includes hard-boiled eggs, chocolate lava cakes, spicy Dr. Pepper pork, and more. Or do as she does and make some of your favorite meals in the Instant Pot; for Ree, that's pot roast, brisket, and pulled pork. "When I really became a believer is when I could make my standby, tried-and-true recipes in a fraction of the time," she said.

Read on to see both of the new Pioneer Woman Instant Pots from Walmart, and prepare to become obsessed with the time-saving device, if you're not already.

Food News
Step Right Up! Krispy Kreme Has New Carnival-Themed Doughnuts, and They're a Summer Treat
by Lauren Harano 6 days ago