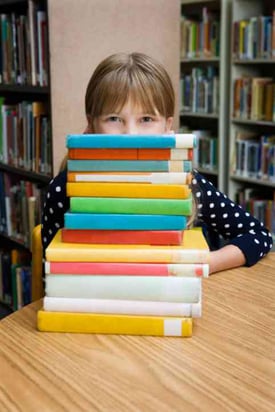 With all that parents have on their minds, it's no wonder that something eventually falls through the cracks. If you live near Boston, just hope that it's not past-due library books that slip off your to-do list.

According to a mother in Charlton, a few months after she failed to return two of her 5-year-old daughter's library books, she received a surprise knock on the door — from a police sergeant! Once the officer left, the book-borrowing tot burst into tears, thinking her mom was going to be hauled off to jail. Both the mom and police officer said they thought the library's decision to send a law enforcement official to the home went above and beyond what was necessary, but Massachusetts state law does identify late library books as a misdemeanor.

Would the possibility of a visit from the police department make you more diligent about returning books to the library on time?

Family Life
My Mother Was Always Melancholy In September, and Now I Understand Why
by Kate Schweitzer 1 day ago

Family Life
I'm Very Grateful For My Pregnancy, but I'm Finding the Experience Very Uncomfortable
by Emilee Janitz 2 days ago