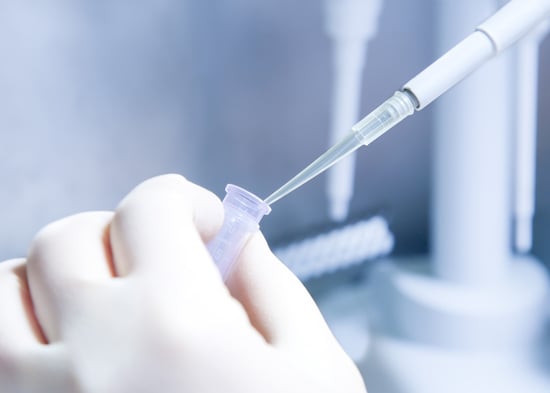 When you're pregnant, the long list of screening tests that you're offered, often as a matter of course, can feel like an invitation to months of worry. How long will I have to wait to get results? What do negative results really mean? Are they definitive? And would I have an abortion if those results indicate that the fetus has a serious problem? Some moms-to-be opt out of the tests entirely — and to some degree, out of the worrying.

In recent discussions on Circle of Moms, women who've forgone genetic screening are sharing their reasons. While the most common one is religious beliefs that prohibit abortion, there are several other rationales given by women who choose not to test.

Nature Over All Else

Many moms who don't test are fatalists. Several comment that, whatever the reason (cosmetic or preventive), we should not mess with nature. Maria H. for example, argues that we should not interfere with processes that are naturally beyond our control, that even still births happen for a reason. Laura H. is for testing, but is against any form of intervention if there's a problem, with the exception of a fetus who has a deformity that will result in death. Every other reason, she says, is absurd and ridiculous: no one should be denied life because of cosmetic reasons.

This perspective, of course, leads the conversation into murky waters, forcing debaters to question any use of technology, including IVF.

The Quest For the Perfect Baby

Anna K. defends the right to screen, and thinks the question of whether to terminate a pregnancy due to genetic abnormalities is a personal decision. But she also feels that genetic testing can be a dangerous tool. She worries about parents who are on a "quest for the perfect baby" and whether they might misuse the technology.

She's not the only one. Several moms are concerned by the potential to use genetic testing for selection of gender or specific physical characteristics. Jodi A., for one, opposes the use of genetic tests to determine a baby's sex: "I think there are still far too many cultures that put greater value on having a boy, and this could lead to an imbalance in the population if it became too commonplace."

Though sex selection is outlawed in 35 countries, including Canada and the UK, a Los Angeles clinic has created quite a controversy with its use of Pre-Implantation Genetic Diagnosis (PGD), which allows parents to choose not only the sex, but the eye and hair color of their baby. Jenn R. asks other moms in the Debating Moms forum whether they think this is an appropriate use of genetic technology.

Are the Tests Reliable?

Finally, the imperfect nature of the tests is a huge factor for some moms who avoid them. Sara B. cites this as a reservation, arguing that if a test has a track record of high numbers of false positives, then doctors must counsel pregnant moms accordingly, to provide them with information they should consider before proceeding. And even if a test is fairly reliable, that doesn't mean it's certain, says Bethany A., who would rather give birth to a child with a life-threatening condition and take care of her for the duration of her short life, than choose to abort before the actual outcome is known.

No matter where you fall on this spectrum, the most important thing is to ask the right questions. The National Institutes of Health has a helpful online reference guide that will give you a comprehensive overview and help you determine what your priorities are.

Image Source: Shutterstock
PregnancyHealth And Safety
Around The Web

Pregnancy
A Mom on Maternal Mental Health For Women of Color: "Society Holds This False Expectation"
by Murphy Moroney 1 week ago

Halloween
Lowe's Is Hosting Curbside Halloween Events on Oct. 22 and 29! Here's What Families Should Know
by Murphy Moroney 2 weeks ago