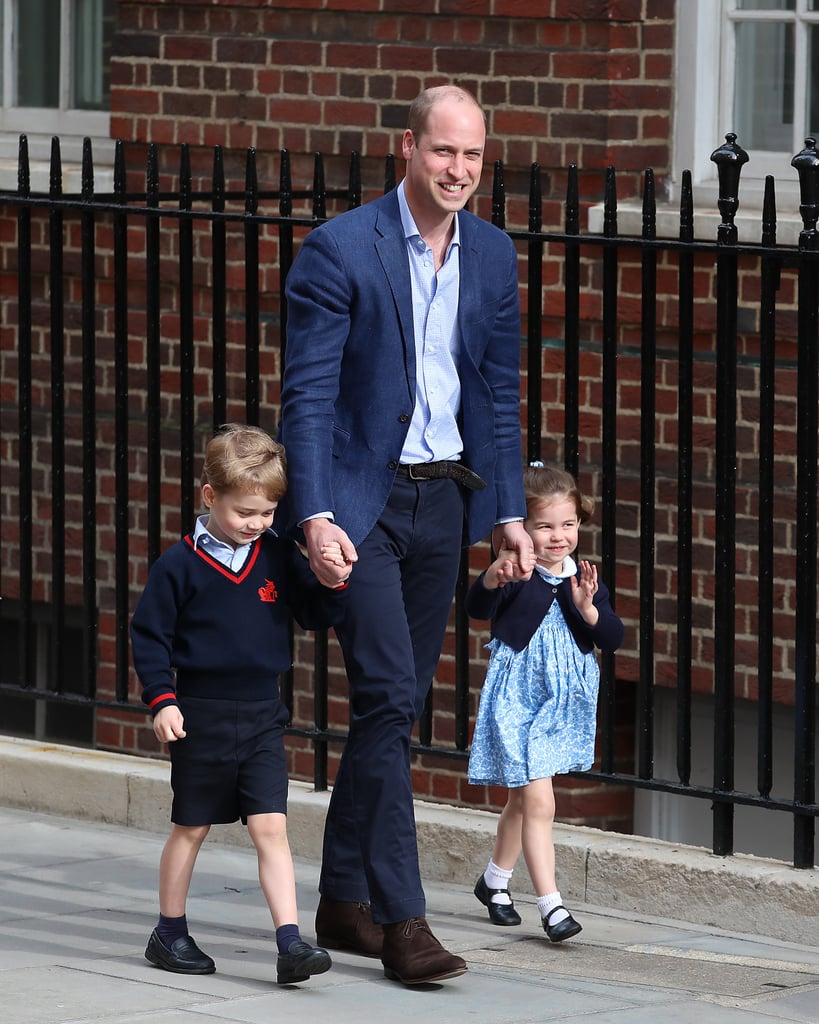 "Gan-Gan" (Queen Elizabeth) isn't the only member of the royal family who Prince George has given a sweet nickname to. As it turns out, the 5-year-old doesn't refer to Prince William as "His Royal Highness," "Duke of Cambridge," or even "Dad." He actually turns to something so much cuter: "Pops."

While Kate Middleton and Prince William were visiting the city of Leicester to honor the late Vichai Srivaddhanaprabha, the chairman of the Leicester City Football Club who passed away in October, Kate shared the nickname. "Kate said that William was playing football with the children last night and one of them said, I think it was George, 'Are you playing football tomorrow, Pops?'" LCFC season ticket holder, Fiona Sturgess, told reporters.

Although Pops is much more mainstream than something like Gan-Gan, we can't help but melt a little thinking about George (or Charlotte) calling Prince William "Pops" in a tiny British accent.