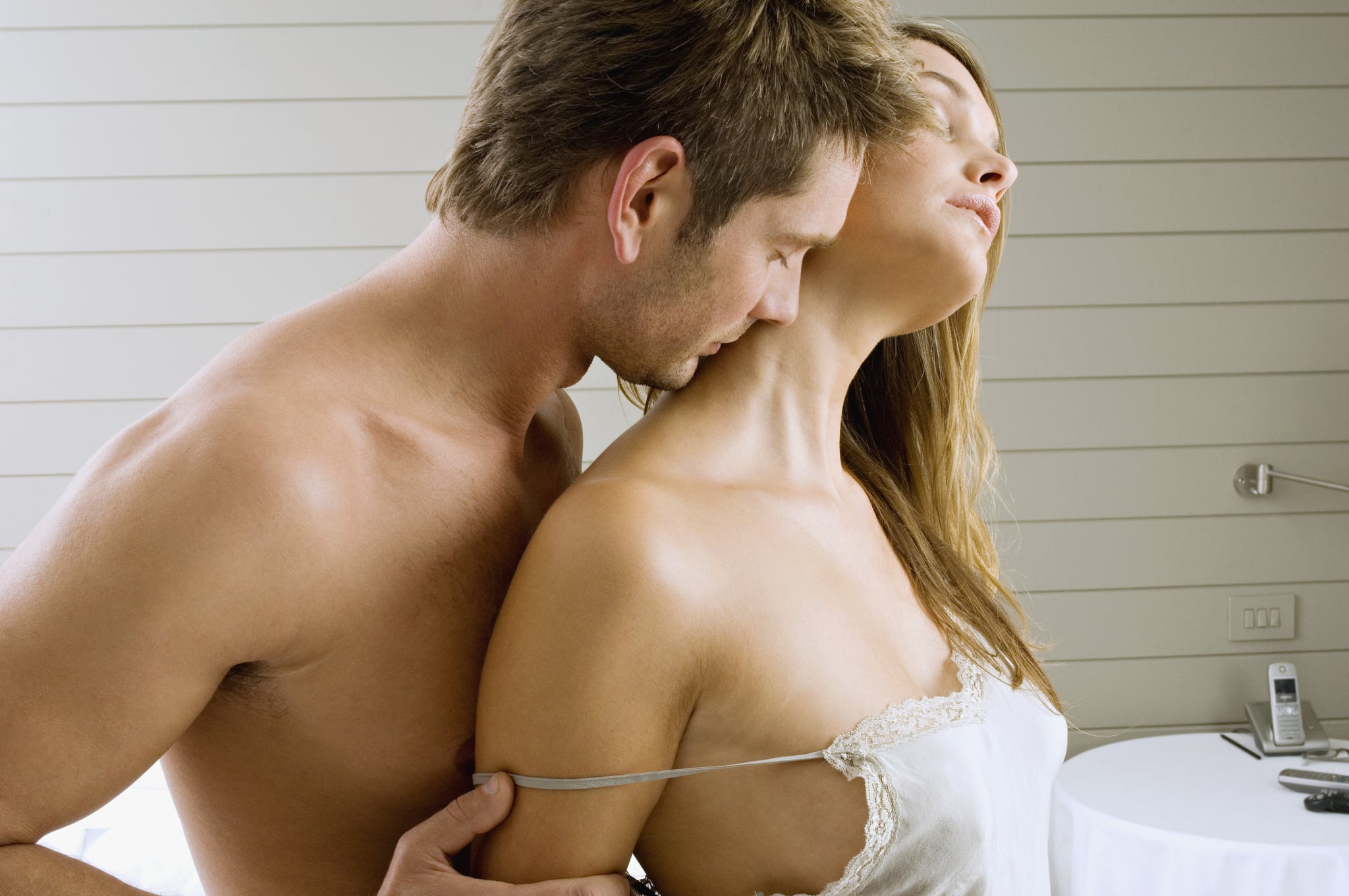 I remember seeing a woman wearing this button when I was about 8 years old, and it said: "Candy's Dandy, but Sex Won't Rot Your Teeth."

I instantly laughed although I shouldn't have — I guess I had a dirty sense of humor straight out of the gate. And while it is true that candy can give you cavities and sex won't, sex with the wrong person can make you feel rotten. And after being in a marriage that has gone sour, it's natural to join the Divorced Club (did you get your enrollment card yet?) with the eager hopes of getting back to the world of sex and romance. You want to feel as if there is some hope. You want fun and passion — worlds apart from the arguments, heartbreak, and isolation of a marriage gone wrong.

Many of my divorced male friends viewed divorce as getting a "Do Not Go to Jail" Monopoly card, going buck wild with anyone. But just because we women tend to trend toward monogamy, it doesn't mean that we don't enjoy a vicious romp now and again. And when you're picking up the pieces of a life that's been drastically altered financially, emotionally, and more, there's a desire to get lost in the fun. To put a pause on the serious heaviness of intimate relationships. But before you saddle up with another steed, heed my call about which horses you ought to be wrangling and which you ought not!

Girl, You Better Not Go There

The Ex
OK. Let's just put all the cards out on the table, girls, shall we? It's not unusual for two exes to get down and dirty with each other. All the anger, emotions, and tension can be ripe for a bedroom session, as deranged as that sounds. Fact is, no matter how tender the moment may get between you and your former better half, keep the thongs on, my womenfriends. Getting in bed with the past will just make the hurt linger on. Besides, once you've been intimate again, who knows how confusing this will be for both of you. Sure, he knows your body inside out and you're comfortable together, but divorce = done. A few minutes of happiness together shouldn't bring the two of you in bed.

The Gigolo
If you happen to be chromosomal XX, it's highly likely that you've dated the Gigolo at least once in your life. He's the guy whose longest relationship was over in a minute. He's the really hot guy who took you out a bunch of times but never bothered to call you back . . . or was too busy juggling a few women at once. You knew him before you got married, and you run into him and he's still — surprise! — single. Of course, now he wants to go out with you. You're feeling a bit lonely and emotionally drained from the divorce and you love his butt so much that you almost conveniently forget the many times this guy was a jerk to you.

But now, you don't forget. Why? Because I am reminding you and saying: don't do it. Yes, we all know how sexy he is, but do you remember how bad he made you feel back in the days? Shacking up with this guy in the sheets is an RSVP for bad emotions. When you're getting yourself together as an independent woman postdivorce, you don't need to cozy up to negative feelings and people, no matter how strong and happy you are postdivorce.

The Recently Divorced, Too
It's certainly fine to date another divorced person. I mean, who else is going to understand the anxiety and stress revolving around the big three — alimony/child support, custody, and property — like someone who has been there? No one else, but if you meet a dude who's literally just cut the umbilical cord from his ex-wife and he looks like he's hurting, trust me: he is. Don't be his shoulder to cry on, even if he makes for a good tissue himself. You've got a dangerous combination here of two vulnerable people. Put them in a bedroom, and you've got the cocktail for heartbreak. Be his buddy on the phone, but don't be his rebound in the bed.

It's Beginning to Look a Lot Like: Yes Please!

The Younger Guy
Listen. Experience goes a long way, but there's something to be noted about young guys. They're sweet. They're relatively naive still. A young guy isn't going to be the next husband, but he will make you feel good, come basically baggage free, and will enjoy the ride simply because he's still like a teenager — googly-eyed over girls. Of course, please don't sleep with a teenager. When I say younger I mean of legal age, not of video-game age.

The Friend
If you have a very sweet guy friend who listens to you when you're down and tries to make you laugh when you're ready to be mental, it's OK to get buck naked if you both feel like it. It could complicate the friendship and yup, it may cause one of you to catch feelings for the other, but if he's a good person, you can't go horrifically wrong taking the chance. People say, "But Laura, we've been friends forever. It might ruin the friendship." Sure. It might. Everything is a risk. When you walked down the aisle, you took a risk. You weren't thinking, "Oh, we might get divorced." If you did, you would never have gotten married in the first place. Being intimate with anyone involves some risk, but at least with this guy, you already respect and care about each other as people. That's never a bad thing.

The One-Night Stand
As long as you're protecting yourself from STIs and pregnancies, a one-night stand is relatively safe. There's no emotional baggage, hurt feelings, or heavy drama involved in a fling. A fling can make you feel sexy, fun, and carefree, even if it's just for a few hours. It's safe to say that guarding your heart after a divorce is a smart move, and so doing the tongue tango with someone you can say goodbye to the next day will keep your emotions out of the game. Protect that heart: she's been through a lot.

The moral of this scintillating story is, choose to have safe sexual fun with people who aren't toxic. You survived divorce and are stronger for it. You're a single mom and a "sister, who's doing it for herself." Don't let a fleeting moment of fun with a hot, toxic devil bring down the strong and capable woman you are today. Be choosy. You deserve it!