Dr. Andrew Lieber of Rose Pediatrics in Denver, CO., recently made national headlines in the United States, England and South Africa for his controversial response to the debate about childhood immunizations: he refuses to treat patients who are not receiving the standard series.

According to the American Academy of Pediatricians, Lieber is not alone: a growing number of children's doctors are refusing to see patients who are unvaccinated. According to the group's survey of its membership, 23 percent of doctors "always" or "sometimes" inform parents they can no longer be their child's pediatrician if the parents opt out of standard vaccinations.

Does that throw the Hippocratic Oath—especially the part about using "my power to help the sick"—right out the window?

The answer might be found in the third paragraph of the Oath, which reads, "I will use my power to help the sick to the best of my ability and judgment: I will abstain from harming or wronging any man by it."

The rationale used by some pediatricians in banning the unvaccinated is that by insisting children are vaccinated they are using their best judgment to protect all of their patients.

Lieber gives parents up to four months to get their child's vaccinations started.

"By four months, if I can't help you come to terms with the scientific fact that vaccines are helpful, then I've done about all I can do to educate you," Lieber told MedPage Today, an online publication covering the medical industry, in describing his approach to coaxing the vaccine reluctant parent.

After that, he shows non-vaccinating parents the exit.

"I feel like I have a bigger responsibility to all the other kids walking through my waiting room," he explained.

And, having sat in plenty of pediatric waiting rooms, I get his point.

Not even flying Petri dishes, er, ah, I mean airplanes, are as icky as a pediatrician's waiting room. I don't care how brightly colored the walls are. Cheery decor simply does not make up for the snot-nosed kids, the air polluted by too many uncovered coughs and the occasional puking child. These places will keep the companies that produce hand-sanitizing lotions in business for the duration. Shining one of those lights that illuminate all the bacteria and viruses present on a surface in a waiting room could easily produce a biological horror show. I can well see how throwing in a kiddo who's carrying a communicable disease (one that's easily prevented by a childhood vaccine) not only adds to the discomfort of pro-vaccination parents, but may very well give the doctor reason to worry about liability issues.

Honestly, I'd take issue with my kids being exposed to a preventable disease such as Whooping Cough just because another child's parent took a hard-line against vaccinations.

Whooping Cough, medically knows as pertussis, was once virtually eliminated in the United States. In 2010, it made a vengeful comeback with more than 21,000 human cases, according to the Centers for Disease Control. In California alone, there were 8,300+ cases, and of the 26 deaths, ten were of children.

That's just one disease. A disease whose prevention just requires a jab and maybe a few tears.

As pediatricians are on the front line in the war against childhood disease, I say let them each set their own rules of engagement. Not all will take Lieber's hardline stand, and thus the anti-vaccination parents will still be able to find a willing pediatrician.

I don't deny a parent's right to refuse vaccination. I understand and support the issue of religious objection. No problem. I am religious and my kids are vaccinated. That is my choice. Other parents have the right to make a different choice. But as the old saying goes, "your rights to not vaccinate ends where my kid's right to disease-free air begins." Okay, so that isn't exactly how that ditty goes, but the point is still made.

What do you think? Should doctors be allowed to refuse treatment to unvaccinated kids?

Healthy Living
Dr. Fauci Says Sleep, a Good Diet, and Less Stress Are the Best Ways to Improve Your Immune System
by Tamara Pridgett 6 hours ago

Alec Baldwin
Alec and Hilaria Baldwin Are Officially the Proud Parents of Baby Number 5!
by Chanel Vargas 1 week ago 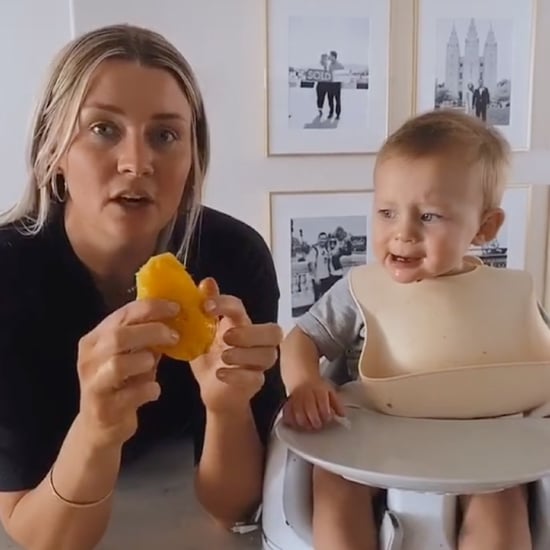