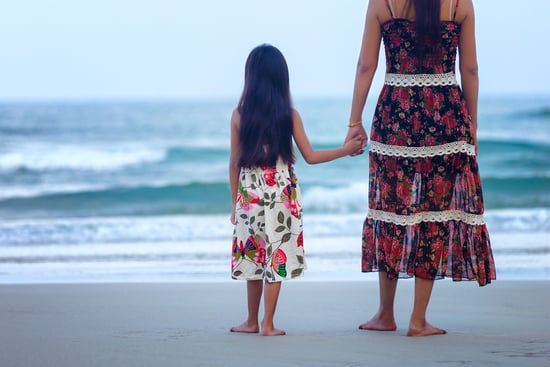 For Monique B., the stigma of single women raising children alone sometimes feels difficult to shake. Like many Circle of Moms members who are single moms, she wonders why so many people are quick to judge and discriminate against her. "How many of you have noticed the venom aimed at single mothers?" she asks. "And how many of us are made to feel guilty by these attitudes?"

As single parents, she and other Circle of Moms members feel these stigmas often are based on misconceptions that aren't based in reality. We surveyed Circle of Moms single mom members to ask them how they negotiate the bizarre assumptions and prejudices against them. Here's how they debunk the myths and remind themselves not to get caught up in them.

Single Parents Are Not Irresponsible

Terralyn P. is one Circle of Moms member who says she is tired of hearing insinuations that single moms are slackers and selfish, focusing solely on their own needs, and not their kids'. In reality, the opposite is often true. Most single moms are very responsible and organized, Terralyn counters, often putting all of their energy into their children and supporting them. "I say stop listening to people who are fond of telling you it's your fault your kid is growing up without a dad. I honestly believe my children are more rounded individuals and are more secure in themselves as individuals than they would have been if I stayed with their dad. There are all kinds of people out there who want to make you feel guilty. I know it's easier said than done but don't let them."

Another mom named Kathy says she has to continually remind herself to turn a deaf ear to those who try to make her feel like being a single mom was an irresponsible parenting choice. She says she used to "feel guilty" when she heard the unsolicited opinions of others. But now, she adds, "I started focusing more on the love my child has for me and I have for him. All I truly need to make me happy is my son and family." She recommends that other single moms surround themselves with "people who love you and that have been supportive." And, when the negative comments catch up with her, she reminds other single moms that sometimes it is OK to just have a good cry. "Some days are harder than others and it's OK to cry and let it out."

Single Moms Are Not Alone — or Lonely

Circle of Moms blogger Sarah B., who writes the OMGTheresThree blog and is raising triplets as a single mom, says she's tired of others trying to make her feel like she's a lone ranger. "I hate it when children from single-parent homes are automatically considered 'at risk.'" Her kids may have one parent, but she says she and they have a wide net of support from friends, family, and others who care about them: "My kids may only have one parent, but they are far from neglected. They are surrounded by people who love them, and they know it."

Similarly, Trisha K., a single mom with a 7-year-old, says she too gets lots of support and help from her parents and other close friends and does not feel alone or lonely. "I believe, as others have said, that our kids are much better off being in a stable, loving situation with one parent, than an unstable, emotionally chaotic one with two parents," she emphasizes.

Instead of focusing on "being alone," some Circle of Moms single moms like Kayla P. suggest other single moms focus on the positives. "It is really hard being alone and doing everything yourself," she admits. "But instead of feeling like you need someone else to give you a purpose, you may try giving yourself a purpose first." Instead of focusing on what the naysayers think, she advises: "Your child should be the most important."

Single Moms Should Not Feel Guilty

Just because you are raising a child alone does not make you an inferior parent, say moms like Kristin M., and she urges other single moms "not to feel guilty." Being a single mother is tough, she says. "Be proud of your gift from God. You are a role model, and your child loves you. Never feel guilty for being a single mother. Personally, I think it's tougher to be a single mom, which makes you stronger."

Circle of Moms video blogger Alli says she does not let others make her feel guilty or that being a single mom is her fault. "People tell you that being married is the best thing for a child," she says. "They think: 'Couldn't the father and mother try harder and make it work?' People don't understand that sometimes the absolute best thing for a child is for their parents to be separated. Society is changing. Just because I'm a single parent doesn't mean my son will be deprived of anything or be less beneficial than if I were with his dad. We are on great terms and able to get along due to not being in a relationship with each other. That is what is best for our son."

When others try to push the blame game on her, Faith E. says she is quick to counter: "First off, you are not a 'single parent,' you are a parent. The guilt inflicted tends to be culturally driven and hypocritically assigned. And people splitting hairs over the 'how' (divorced, widowed, never-married) do so for their own ego benefit and no more."

It's difficult to raise kids on your own, but not all single moms are resentful or bitter about going it alone, says Rita P. "Most of the people I talk to say they feel sorry when they realize I am raising my children alone," she says. "I've got to say it's not a walk in the park, but it's no hell either. Being a single parent is not something I am ashamed of, and I am not sorry for or sad about. It is my life I am living and I say I am surviving it."

Sarah B., the aforementioned single mom of triplets, agrees. "Single parenthood has shown me just how strong I can be," she says. "Nearly from the time I found out I was pregnant, I've had to make some tough decisions regarding things like finances, housing, my health, and [my kids'] health — and have risen to the occasion time and again. I rarely look at situations with an 'I can't' attitude. It may be hard, but I can nearly always figure out how to make it work."

Are you a single mother who faces some of these prejudices?