Swaddling—the practice of wrapping an infant snuggly in cloth—is a popular and effective way to sooth newborns to sleep. But what should you do if your baby isn’t outgrowing the habit? Is there a correct age for unwrapping your baby burrito? Circle of Moms members weigh in on when and how to end the practice.

According to the American Academy of Pediatrics, swaddling is most common for the first few months of life: “Most babies are ready to be weaned off wrapping by 3 to 4 months of age, although some continue to need the wrapping to help them sleep up to 9 months of age.”

The truth is, there is no universal cut-off age. Some babies never like being swaddled; others want to sleep wrapped up until their first birthday. Katie H. shares: “Swaddle your little one for as long as she needs it to feel comfortable, safe, and secure. I don't believe it's something you need to try to stop. She'll be ready when she's ready. Diana M. agrees: “I asked the pediatrician and she said swaddle him until he won't let you anymore. She wasn't concerned.”

To know when to stop swaddling, follow your child’s cues. If your baby is resisting the swaddle, constantly freeing herself, or rolling over in the night, it may be time to stop swaddling. Eileen D. shares: “I have four children and each was swaddled till they were rolling and getting themselves unwrapped during the night. When I'd head in for that two or three o'clock feeding and find the little one on their stomach with the blanket scrunched somewhere… a few days in a row, that's when I gave up the swaddling for bedtime.”

If your child still likes swaddling but you’re concerned about rolling, moms like Selma H. advise using a sleep positioner: “You can use a thing called a SafeT sleep, which prevents them from rolling over. This allows you to maintain the swaddle until an older age if you find your baby is not ready to sleep without it…The SafeT sleep gives me the peace of mind that he won’t roll over onto his stomach in the swaddle.”

Other moms recommend transitioning to a sleep sack. Amber L., a mother in Chapel Hill, NC, suggests: “If she likes to have her arms free, you can get a sleep sack that allows the baby to move around a little more, but keeps them protected and still gives them the same comfort as being swaddled.”

Transitioning from the Swaddle

To transition from swaddling, moms and doctors alike suggest introducing gradual changes, freeing first one arm and then both. Kelly D. explains: “I started wrapping my boy with one arm out, alternating arms for a week. Then after a week I wrapped him with both arms out so just his body (was) wrapped. Now he doesn’t need wrapping at all.”

It’s also wise to begin the transition when your child isn’t extremely tired. Mel J. shares: “The trick is to first try it when you put them down for their first nap of the day (when they are still quite well rested and not too overtired). If you try it later in the day when they are already tired they tend to not be able to calm themselves down as well.” 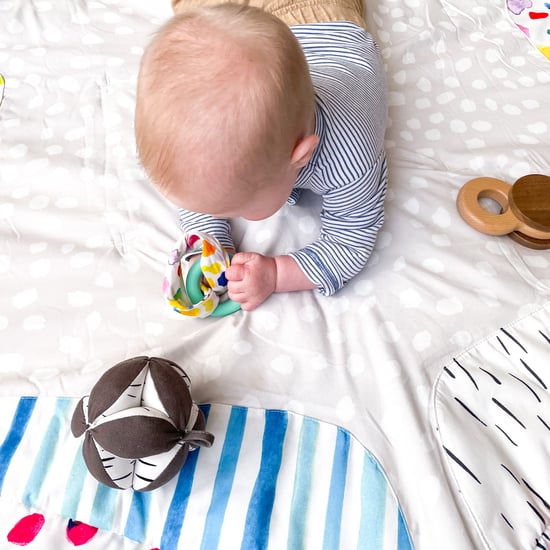