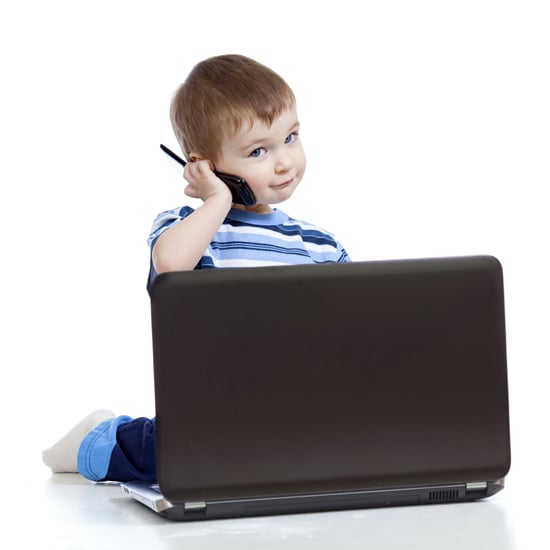 These days, toddlers learn their apps before their ABCs. OK, that might be an exaggeration, but it isn't too far from the truth. A recent survey from Common Sense Mediashows that media use among children has doubled in the last two years— and there are no signs of it slowing down. The company surveyed 1,463 families with children ages 0 to 8 and compared the results to its 2011 survey. Here are some of the stats that made our jaws drop.

1. 38 percent of children under the age of 2 have used a mobile device

The use among 2-year-olds is up from 10 percent in 2011. And this doesn't include the ones who used it as a teething ring!

2. Playing games is the most popular activity on mobile devices

Sixty-four percent of those surveyed said they use devices to play games. Using apps (50 percent) and watching videos (47 percent) were the other top activities.

3. Reading has become more popular on smartphones and tablets

In 2011, only four percent of kids were using mobiles devices to read. Now, 30 percent are!

4. 36 percent of children have TVs in their rooms

Why? Most parents say it's to free up other TVs or to keep their kids occupied while they work around the house.

On the bright side, they aren't necessarily watching trashy television shows. 61 percent of families say they use the TV for educational content. See more stats about children's media use from Common Sense Media. What are your child's technology habits?

Tech Tips
Wondering How to Reverse a Video on TikTok? Follow These Easy Steps
by Lauren Harano 13 hours ago