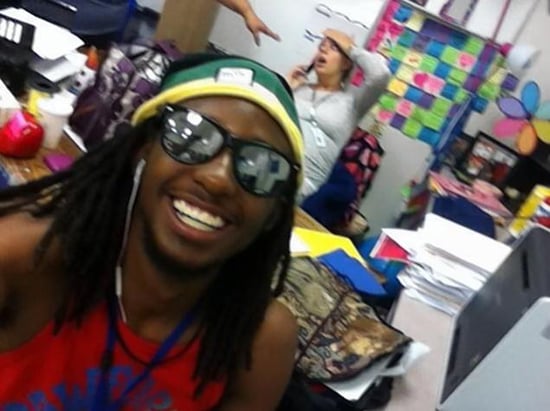 A teen who took a picture of himself with his laboring teacher in the background is being criticized for being callous. Florida teen Malik Whiter took a photo and captioned it, "Selfie with my teacher while she having contractions." He wanted to commemorate the moment of his teacher having contractions at school. But as the photo has gone viral, critics are questioning his motives, saying he should have been more sensitive to his teacher, who he says didn't want to smile for the photo.

What do you think? Was Whiter being rude? For more on what Whiter has to say, read the whole story on The Stir.