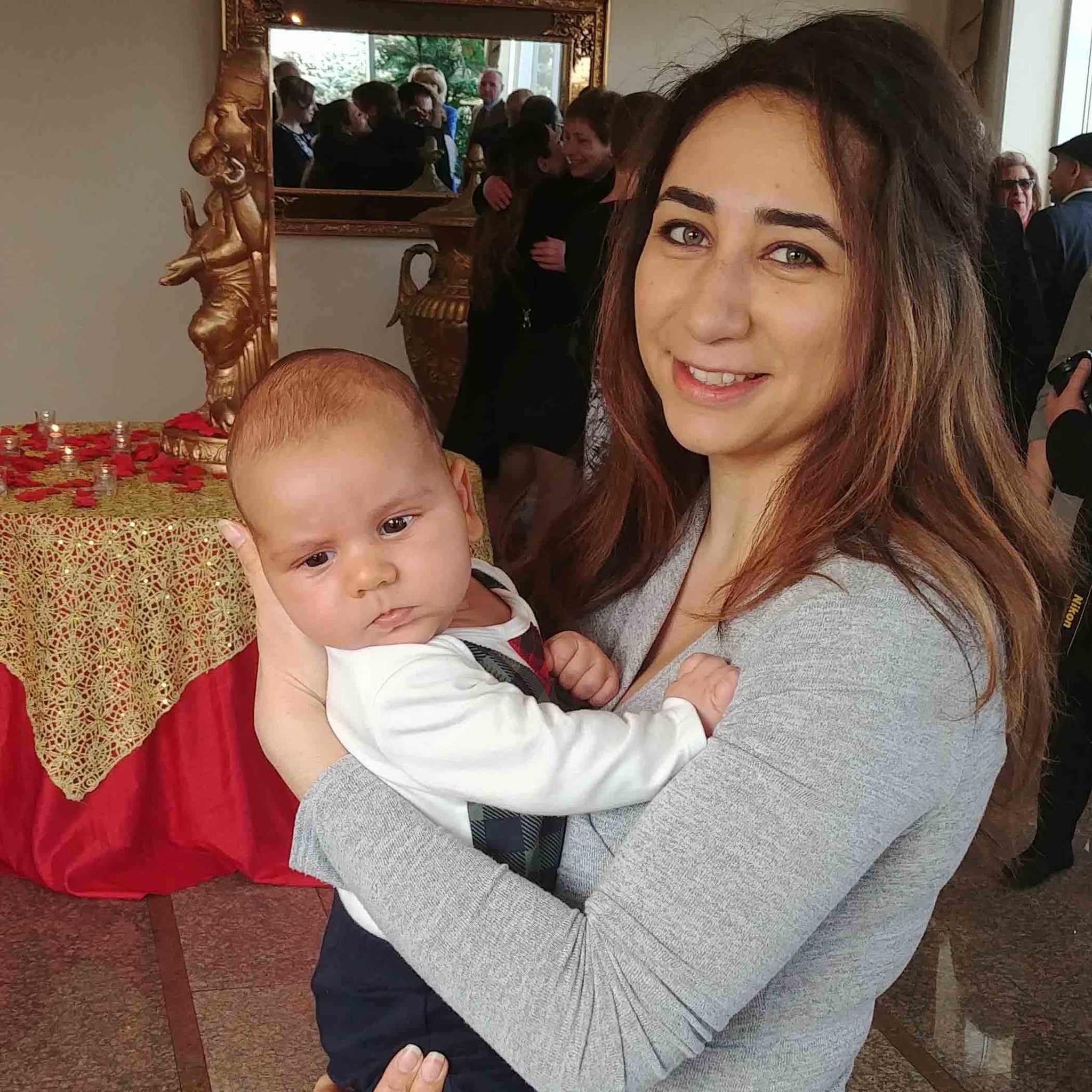 Rebecca Mills, a 27-year-old mom to 4-month-old Warren, wanted to be honest with soon-to-be moms about how hard she's found parenthood to actually be. And rather than just spewing out generalizations about how having a baby changes everything, she decided to get superspecific in the hopes of helping other women actually prepare. From the myth that is "sleeping when the baby sleeps" to cluster feeding, the mom took to Reddit to share just how much took her by surprise during the first few weeks of having a newborn.

"The amount of guilt I have felt since pushing this baby out is insurmountable."

"[Sleeping when the baby sleeps] sounds great in theory," she wrote on Reddit, noting that everything she was sharing was from her personal experience and that nothing would be sugarcoated in the least. "But when my baby would only sleep on me in the first couple of months and I was home alone and didn't have someone to supervise safe sleeping, it was nearly impossible to actually sleep. I could doze off and kick my feet up, but never actually sleep. Until this day, even if my baby is safely sleeping in his crib, I cannot actually sleep unless there is another adult in the house."

Although Rebecca admits other women who had already experienced motherhood tried to warn her about certain pitfalls, she found herself left with so many unanswered questions.

"When I was pregnant and people were making general comments to me, I was always left wondering specifically why I'll never sleep again, why things won't be the same, and why parenting is the hardest but most rewarding job I'll ever have," Rebecca told POPSUGAR. "I know some people have rose-colored glasses on and prefer to keep them that way, but for me, I need a little sh*t stain on them because it's easier for me to wipe it away knowing what's coming; rather than be blind sided by the challenges, which I totally was."

Because of all this, Rebecca thinks it's crucial that women start a dialogue about the challenges they face in motherhood. After all, there are millions of people struggling with raising kids, so why feel guilty about it?

"The amount of guilt I have felt since pushing this baby out is insurmountable," she wrote. "If he cries, I feel like I've done something wrong and it's all my fault. I constantly remind myself that he has no other way to communicate with me, but man, the crying is hard. And let's talk about the first time you unintentionally hurt your baby. For me, it was clipping his finger while trying to cut his nails. He cried for maybe two minutes. I cried for two hours."

The bottom line for new moms: every situation is different for every parent, and you can't rely on a specific book, method, or piece of advice to get through the first few months.

What I should've recognized early on is that if a parenting book is stressing you out, stop reading it! I find the quote, "Babies can't read, so they rarely go by the book," to be incredibly accurate. When we get caught up in these parenting books, we forget that our babies are human, not robots. Some days I feel hungrier than others, or more tired, or less tired, so why can't my baby be the same? This is something I struggled with a lot because I was — and sometimes still am — trying to fit my baby into this box that "experts" kept telling me he should be in. When I let go of that mentality and just follow my baby's cues, we typically have much better days with less crying (from both me and him!).