Say goodbye to your tennis whites! The US Open commenced this week, and one look at the players' attire is a quick reminder that this tournament is anything but Wimbledon. Replacing the traditional whites are an array of colors that allow the contestants to express themselves before they ever get into their first volley. 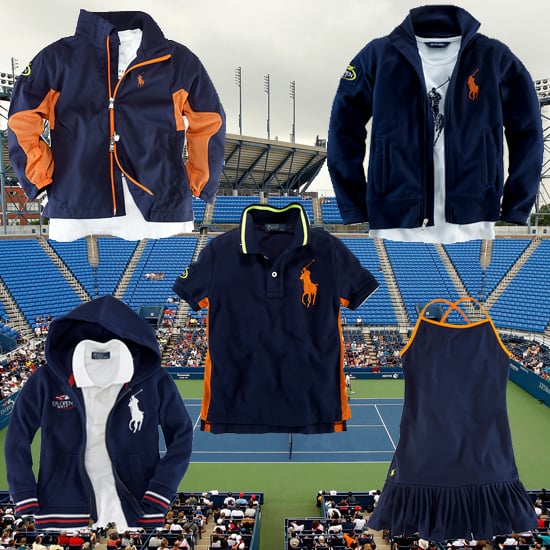 For the seventh year in a row, Ralph Lauren is serving up one cool collection of US Open clothes. As the official apparel sponsor of the grand slam tournament, the preppy clothier is outfitting the tournament's ball boys and girls in navy and orange, and now lil ones everywhere can get in on the look. If your tot has spent her Summer perfecting her serve and learning how to play close to the net, the official ball girl jacket and ball boy polo are just for them. Ranging from $25 for a hat to $95 for the jacket, the pieces may just be the hottest things on the court!

Sports
And Just Like That, Naomi Osaka Wins Her Second US Open Singles Title
by Samantha Brodsky 1 week ago