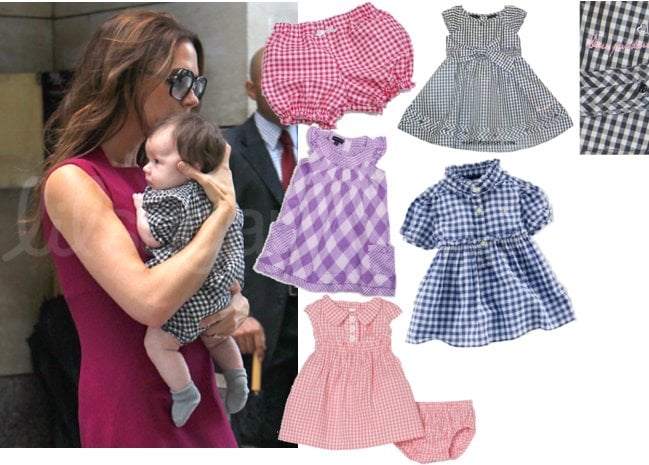 It looks like Victoria Beckham is sticking to her promise to dress baby Harper like a little girl! Back in July, the designer and then expectant mama told WWD, "I love the French clothes for little girls. I like little girls to look like little girls." Over the past week, Victoria has brought the lil one along on a few public outings, and each time the tot has been dressed in traditional bubbles and bloomers. For her latest foray into the public eye, lil Harper wore a one-piece black and white gingham outfit that looks suspiciously like a garment we picked out for her! Keep reading for some suggestions to re-create the look.

Celebrity Families
If You Look Up "Father-Daughter Duo" in the Dictionary, You'll Find Patton and Alice Oswalt
by Emily Weaver 1 day ago

Samira Wiley
Samira Wiley and Lauren Morelli Welcomed Their First Baby, and Her Name Is My New Favorite
by Alessia Santoro 1 day ago